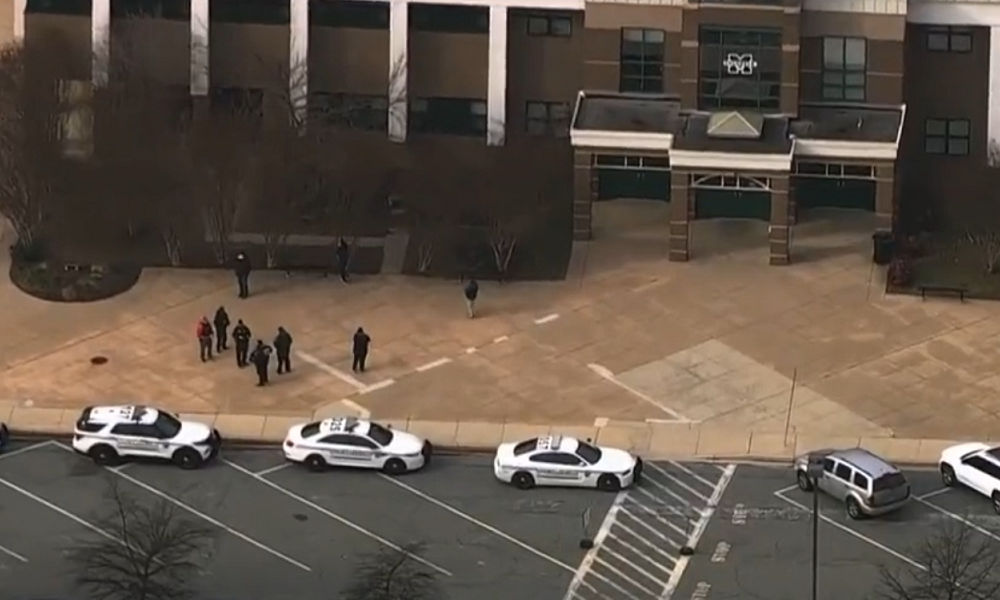 A student has been seriously injured in a shooting at Magruder High School in Maryland, local officials and witnesses say. The suspected shooter, a fellow student, was taken into custody while police were searching the school.

The incident happened at 12:57 p.m. on Friday when a male student, whose name and age have not been released, was found with a gunshot wound in one of the bathrooms at the school. It’s unclear what may have led to the shooting.

The male student was unconscious and rushed to an area hospital, where he underwent surgery and was reported to be in serious condition.

The school was immediately placed on lockdown and heavily-armed police officers were seen in and near the school to secure the area. The lockdown was lifted by 5:30 p.m. and students were allowed to go home.

Montgomery Police Chief Marcus Jones said the suspect, a 17-year-old, was taken into custody while police were searching the school. “It took us probably a couple of hours before we were able to put everything together, locate the student, and place that student into custody,” he said.