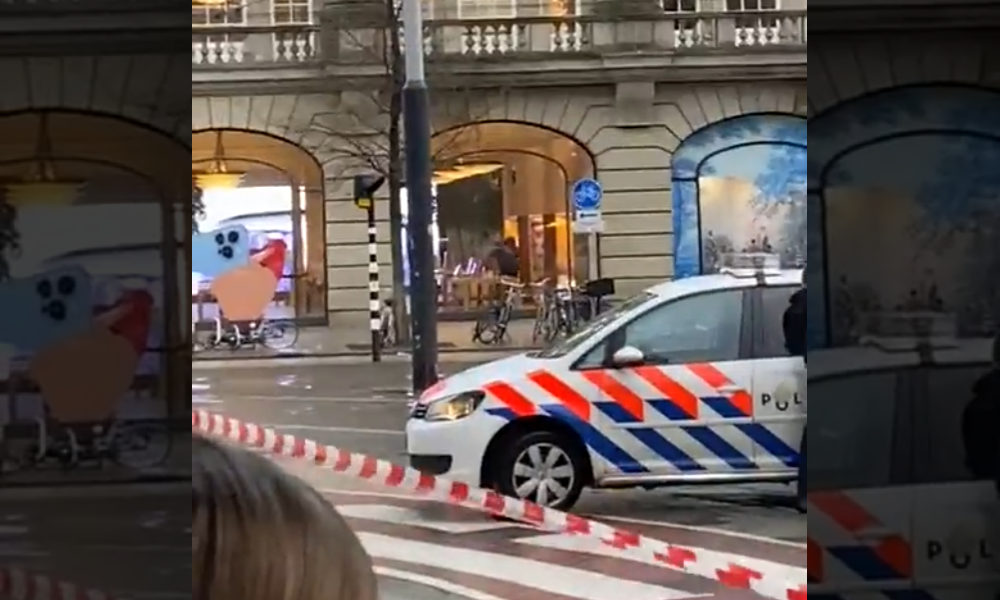 An hours-long hostage situation at an Apple Store in Amsterdam came to a sudden end when the hostage started running, local officials and witnesses say. The hostage-taker chased his victim until he was run over by police.

The incident began at 5:40 p.m. on Tuesday when police were called to an Apple Store on Leidseplein, a square in the center of the Dutch capital. When officers arrived at the scene, the gunman immediately opened fire.

Footage on social media showed one person being held at gunpoint behind one of the windows at the store. He was also wearing what appeared to be an explosives vest and threatened to blow himself up.

A large number of emergency services, including heavily-armed police, the Special Intervention Service (DSI), and the bomb squad, responded to the scene. Buildings in the area were evacuated or put on lockdown.

The situation came to a dramatic conclusion when the hostage started running around 10:40 pm. Footage on social media (embedded below) showed how the hostage-taker chased his victim until he was run over by police.

“We’ve been able to stop the hostage-taker by running him over at the moment he ran outside,” Amsterdam police said in a brief statement. “We now know that the suspect had no explosives on his body and medical personnel is taking care of him.”

The suspect was taken to an area hospital with serious injuries. Police later confirmed that the man was demanding 200 million euros ($226.5 million) in cryptocurrency, as well as free passage from the building.

BREAKING: Hostage situation at an Apple Store in Amsterdam pic.twitter.com/LtIaOxbFXi

How the hostage situation came to an end:

BREAKING: Hostage runs from Apple Store in Amsterdam while being chased by hostage-taker, who is then run over by police pic.twitter.com/apnid6Rd9G