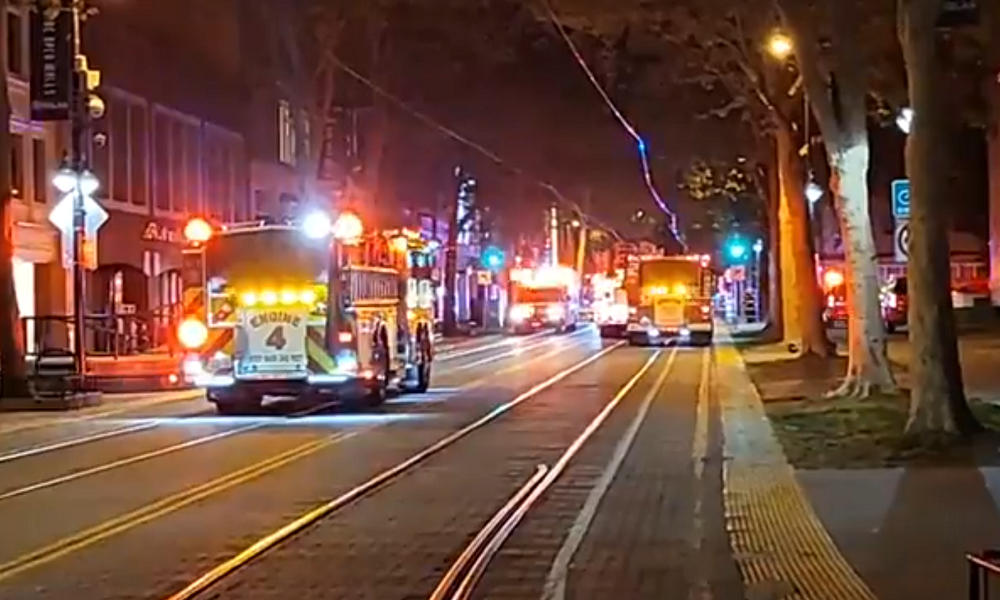 Several people opened fire while a fight was taking place outside a restaurant in downtown Sacramento, killing at least six people and injuring twelve others, local officials say. The suspects fled the scene and no arrests were immediately made.

The incident occurred at 2 a.m. on Sunday when police officers were called for an active shooter in the area of 10th Street and K Street in downtown Sacramento. It happened shortly after the last call for bars in the area.

Exact details about the circumstances of the shooting were not immediately known, but a large fight was taking place in the area at the time of the shooting. Investigators are still working to determine if and how those events are linked.

“Investigators are working to identify those responsible for this horrific act,” Police Chief Katherine Lester said. “We know that a large fight took place just prior to the shootings and we have confirmed that there are multiple shooters.”

Chief Lester said a stolen handgun was found at the scene of the shooting, though it’s unclear if it was used in the shooting. “Investigators are currently interviewing numerous witnesses,” she said.

A total of 18 people were hit during the shooting, some of whom were found at other locations in the downtown area, possibly after fleeing the initial scene. Six people – all adults, 3 men and 3 women – were pronounced dead.

“The scale of violence that just happened in our city is unprecedented during my 27 years here at the Sacramento Police Department,” Chief Lester said. “We are shocked and heartbroken by this tragedy, but we’re also resolved as an agency to find those responsible and to secure justice for the victims and their families.”