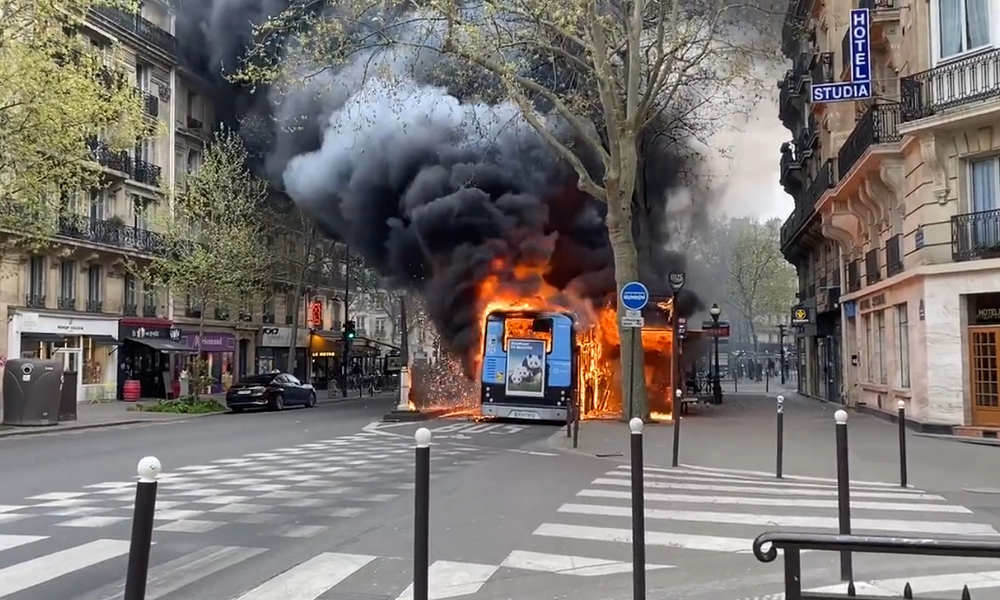 An electric bus in central Paris was engulfed in flames Monday, with thick clouds of black smoke billowing into the sky, witnesses and local officials say. There were no reports of injuries.

The incident began just after 4 p.m. on Monday when an RATP public transportation bus caught fire at Place Maubert and Saint-Germain Boulevard, close to the Notre-Dame Cathedral.

“Bus fire with heavy smoke in Place Maubert,” French police said in a tweet. “The emergency services are responding, avoid the area.”

The fire is believed to be an accident, although the exact cause is still under investigation, according to RATP.

Footage from the scene showed that the entire vehicle was engulfed in flames and several loud bangs could be heard. The fire was extinguished by 4:45 p.m.

There were no reports of injuries.

A bus is on fire on St. Germain Blvd, Paris. https://t.co/etc5iS8IPw pic.twitter.com/WArkJuD5mw

Related Topics:FranceParis (France)
Up Next