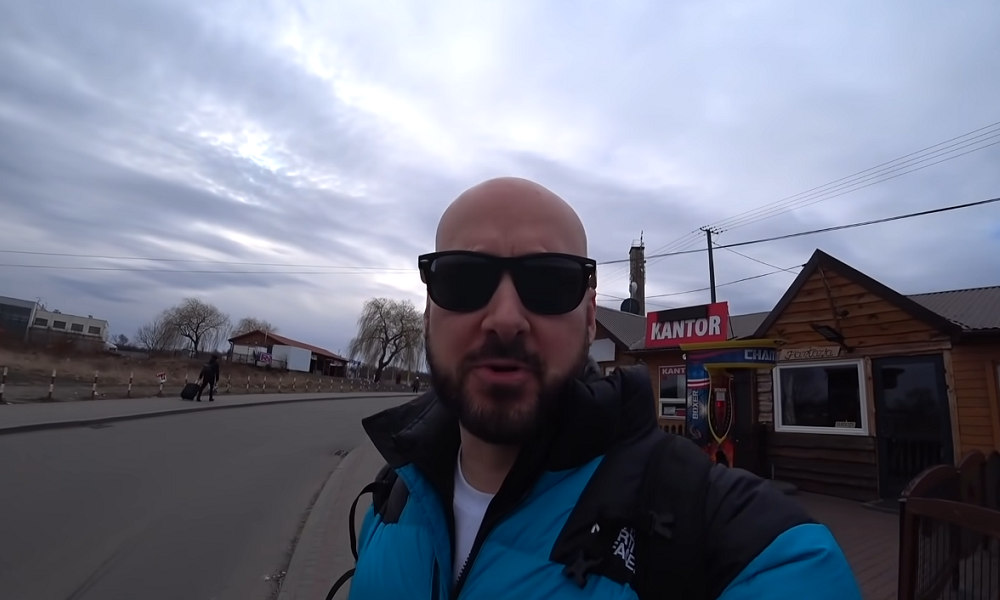 British travel vlogger Benjamin Rich, who is better known as “Bald and Bankrupt,” has been arrested for trespassing at a Russian-controlled spaceport in Kazakhstan, officials say. He was given a fine after questioning and released.

Russian space agency Roscosmos said Rich, 47, and a Belarusian woman, Alina Tseliupa, 31, were detained near Site 112 at the Baikonur Cosmodrome on early Saturday night. They were both taken to a police station in the area.

Dmitry Olegovich Rogozin, the head of Roscosmos, said in a statement on Telegram that Rich and Zelupa were detained for “illegal acts” and that the investigation is still underway.

Rich later took to Instagram and explained that he was detained for going to see the Buran rocket without special permission. “Basically I was questioned by Russian police for a few hours … and given a 60 pounds administrative fine,” he said.

Rich, using the name Bald and Bankrupt, is a well-known travel vlogger with more than 3.5 million subscribers on YouTube. The woman he was with, Alina, had previously appeared in some of his videos, many of which were filmed in former Soviet Union countries.

In 2019, Rich was detained and forced to apologize after filming a video on a train in Russia’s Chechnya republic, which is a predominantly Muslim region. In a clip from the video, which was later deleted, he privately joked that he wanted to share his cabin with a “Chechnya chick.”

Rich’s most recent video was filmed in Syria and uploaded to YouTube on April 24. His video prior to that – in Ukraine – has more than 6.3 million views so far. His videos have received nearly 500 million views since he joined YouTube in 2018.