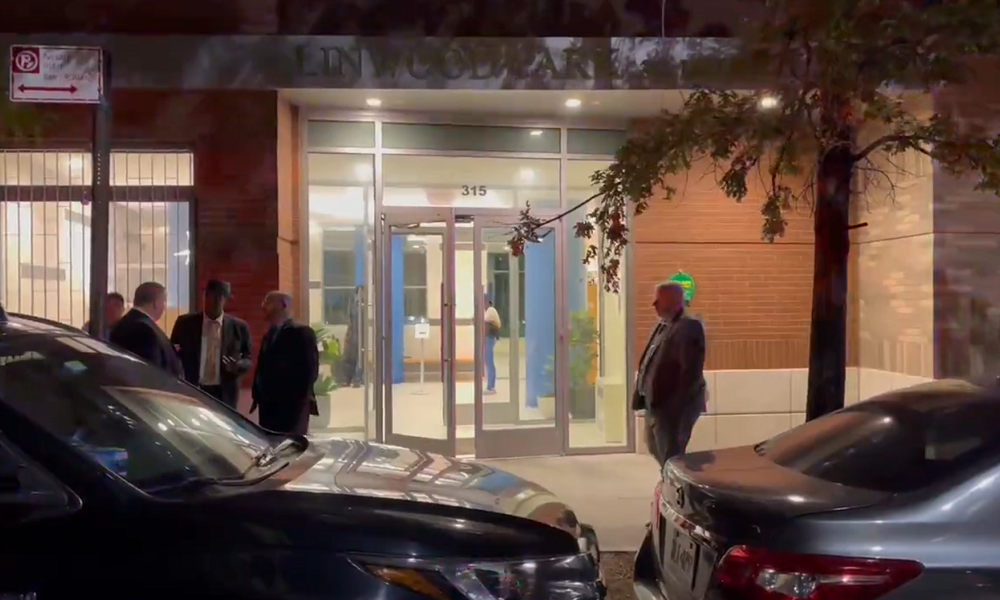 The building where the suitcases were found (Credit: CeFaan Kim)
Advertisment

Multiple suitcases filled with body parts have been found at an apartment building in New York City, according to officials and local media. A young woman who lives there is believed to be missing.

The gruesome scene was discovered at 5:30 p.m. on Wednesday after someone reported a ‘foul odor’ coming from a sixth-floor apartment on Linwood Street in Brooklyn.

Police officers entered the apartment when they learnt that the tenant, a woman in her 20s, was unaccounted-for. They then found “multiple suitcases” filled with body parts, according to the New York Post.

Investigators have identified a person of interest and they’re currently being sought for questioning, the Post added. The identity of the suspected victim has not yet been released.

BREAKING: Dismembered body found inside an apartment at 315 Linwood Street in Cypress Hills, Brooklyn. Neighbors say a foul odor lead to the discovery. This is a developing story. pic.twitter.com/CdNCk7ANkM