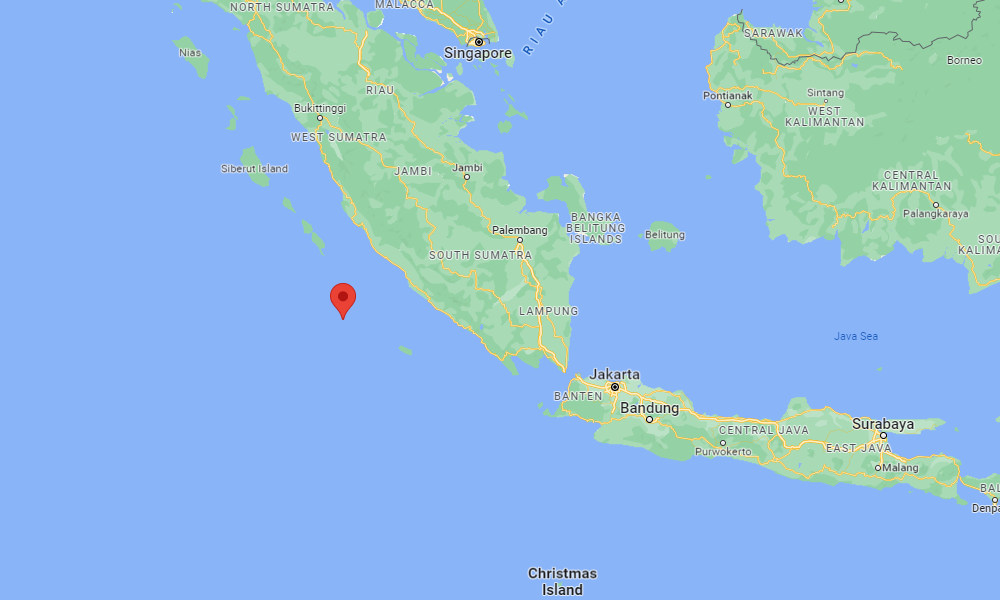 A strong earthquake with a preliminary magnitude of 6.9 has struck off the Indonesian island of Sumatra, seismologists say. No tsunami warnings have been issued.

The earthquake, which struck at 8:37 p.m. local time on Friday, was centered about 200 kilometers southwest of Bengkulu, a city on Sumatra’s west coast, or 670 kilometers northwest of the capital Jakarta.

Information about damage or casualties, if any, was not immediately known. BMKG said there was no threat of a tsunami from Friday’s earthquake.