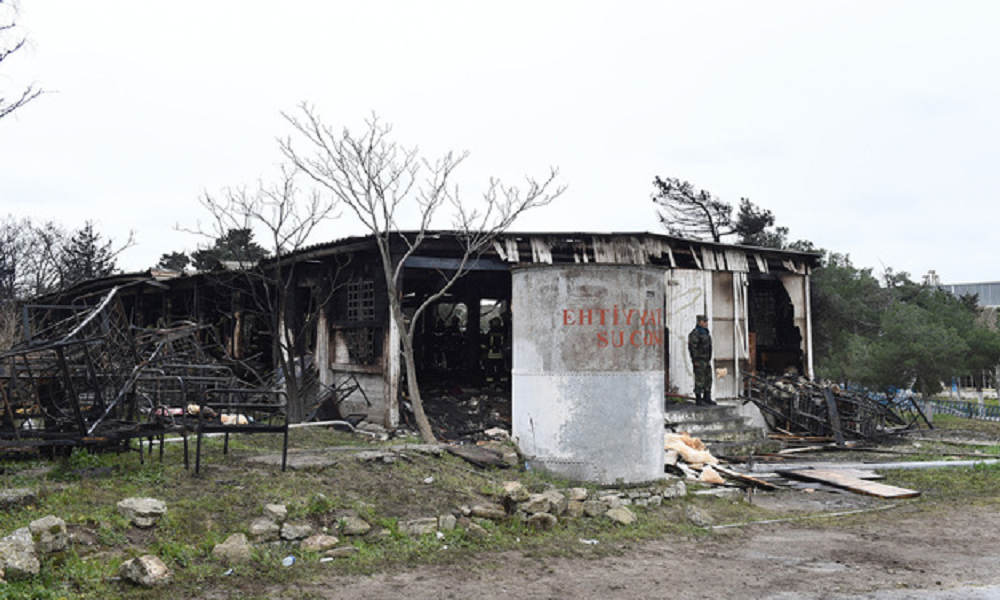 Credit: Office of the President
Advertisment

A fire broke out at a drug rehabilitation center in Azerbaijan’s capital on early Friday, killing at least 24 people, the government said. Dozens more were rescued.

The incident began at about 6:10 a.m. local time on Friday when emergency services in Baku were called to a fire at the one-story Republican Drug Rehabilitation Center.

A joint statement from the prosecutor’s office and the interior ministry said 24 bodies were found at the scene of the fire. Thirty-one others were rescued.

Investigators said the fire appeared to have been the result of an electric fault. A criminal investigation was opened by the prosecutor’s office to investigate the circumstances.

Advertisment
Related Topics:Azerbaijandisastersfeaturedfire
Up Next