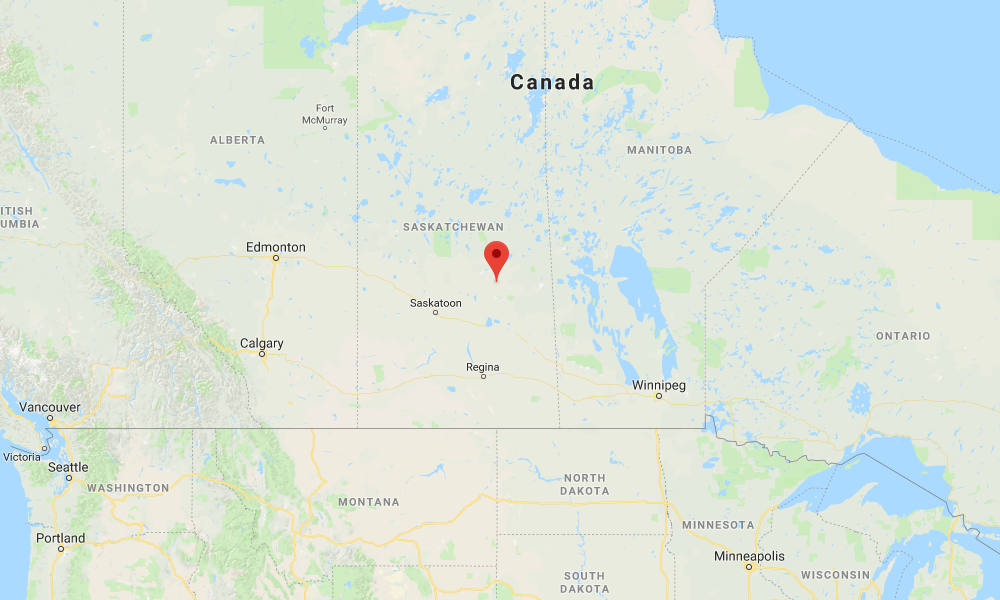 Map of Tisdale in the Canadian province of Saskatchewan. (Credit: Google)
Advertisment

A truck has collided with a bus carrying a junior ice hockey team in the Canadian province of Saskatchewan, killing at least 14 people and injuring more than a dozen others, local officials say.

The accident happened at about 5 p.m. on Friday when a semi-trailer T-boned the bus on Highway 35, about 30 kilometers (18 miles) north of Tisdale, or 208 kilometers (129 miles) northeast of Saskatoon.

The bus was carrying the Humboldt Broncos, an ice hockey team from Humboldt and two-time national champion of the Royal Bank Cup. They were traveling to the town of Nipawin where they were due to play a match against the Nipawin Hawks.

“We can now confirm fourteen people have died as a result of this collision,” the Royal Canadian Mounted Police said in a statement on early Saturday morning. Fourteen others on the bus were taken to hospital, where three of them remain in a critical condition.

“We are not confirming the identity of the victims at this time, including whether the deceased are players or coaches,” police said in the statement. It provided no details about the condition of the truck driver.

The cause of Friday’s deadly crash was not immediately known.

“Words can not describe the loss that we feel tonight,” Saskatchewan Premier Scott Moe said. “From a grieving province, thank you to every one of the first responders and medical professionals for your courageous response under the most difficult circumstances imaginable.”

This picture was just sent to us by a witness at the Humboldt Broncos crash. STARS dispatched, RCMP on scene. #sask #SJHL pic.twitter.com/vp4jbC8pUz

Van plows into people in German city of Münster, killing 2