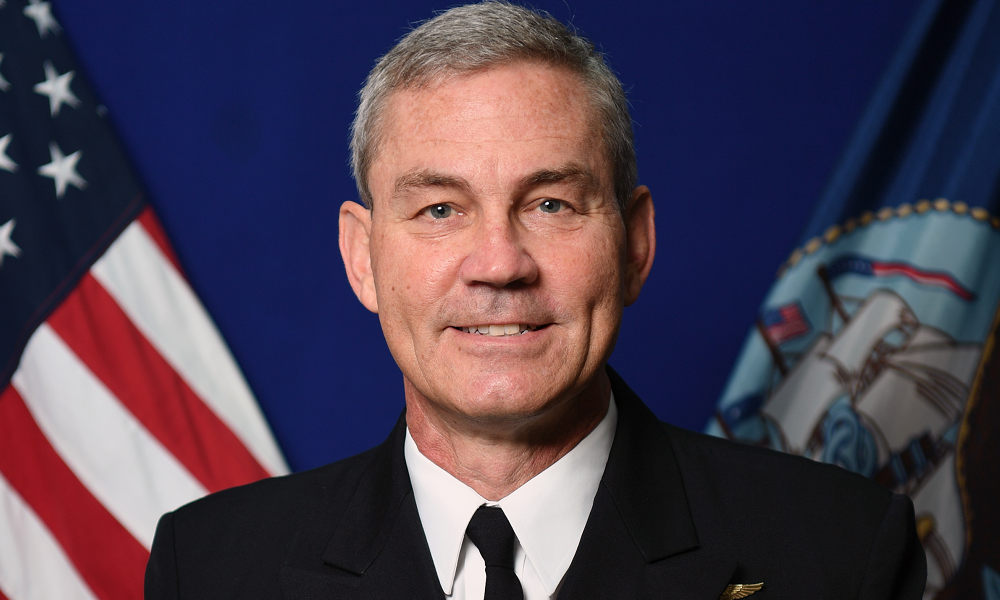 Admiral John Richardson, the U.S. Navy Chief of Naval Operations, said Stearney was found dead at his residence in Bahrain on Saturday. He died in an apparent suicide and foul play is not suspected, according to CBS News.

“The Naval Criminal Investigative Service and the Bahraini Ministry of Interior are cooperating on the investigation,” Richardson said in a statement. Rear Admiral Paul Schlise, the deputy commander of the Fifth Fleet, has assumed command.

“This is devastating news for the Stearney family, for the team at Fifth Fleet and for the entire Navy,” Richardson said. “Scott Stearney was a decorated Naval warrior. He was a devoted husband and father, and he was a good friend to all.”

Stearney was originally from Chicago and entered the U.S. Navy in October 1982. He served in numerous strike fighter squadrons flying the FA-18 Hornet and accumulated more than 4,500 flight hours and over 1,000 carrier-arrested landings, according to his biography.