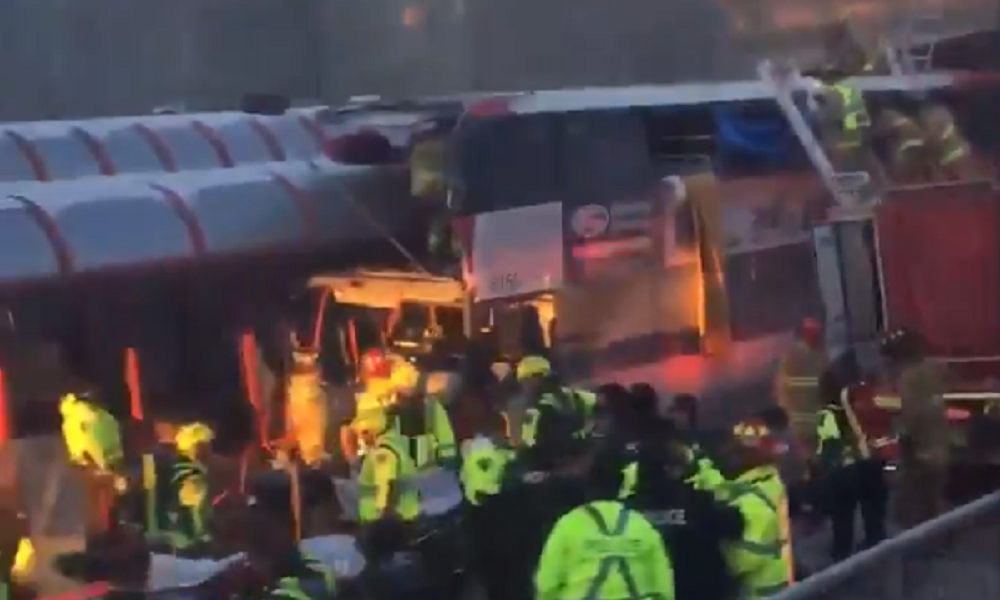 A double-decker bus has crashed into a bus station in the Canadian capital of Ottawa, killing at least 3 people and injuring more than a dozen others, local officials and witnesses say.

The accident happened at 3:50 p.m. local time on Friday when the second floor of the bus struck the roof of the Westboro bus station, which is located in the city’s Westboro neighborhood.

Photos from the scene show that one side of second floor was partially crushed by the roof, and multiple people were being treated next to the bus. A large number of emergency services are at the scene.

“I was shocked to hear of this horrific incident,” Ottawa Mayor Jim Watson said. “My first thoughts are with those who have been injured and their families. I have asked staff to ensure all necessary resources are made available to assist them through this difficult time.”

Ontario Premier Doug Ford said: “Devastated to hear about those who lost their lives and were injured following the horrific bus collision at Westboro Station in Ottawa. My thoughts are with the victims and their families this evening.”T

@CBCOttawa here is a video of the bus crash scene at the Westboro station pic.twitter.com/lCvqvgIWmE

Related Topics:CanadafeaturedOttawa (Canada)
Up Next