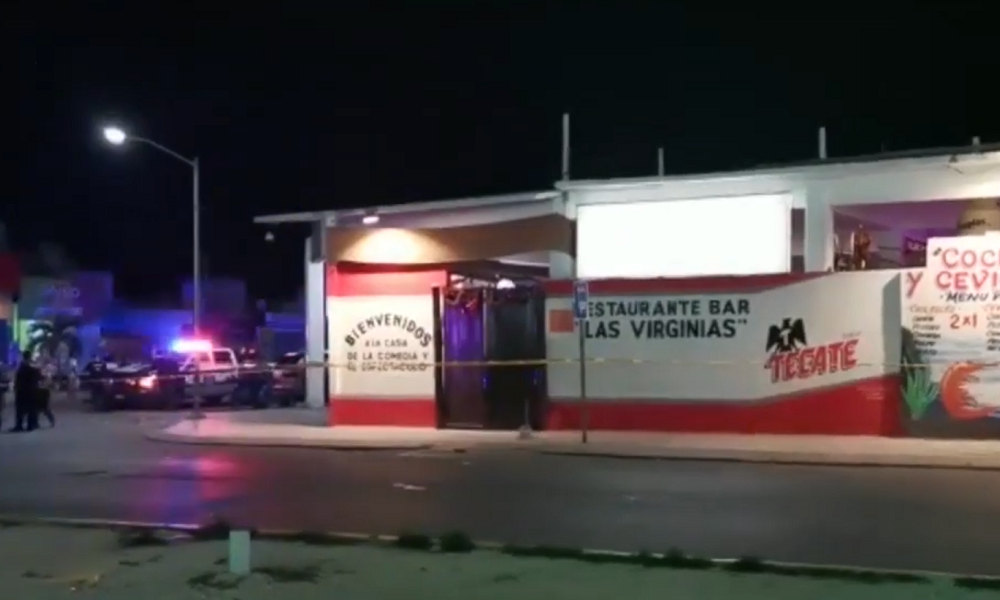 Two gunmen opened fire at a bar in the Mexican resort of Playa del Carmen, killing seven people and injuring another, local officials said on Monday. No arrests were immediately made.

It happened at 8:25 p.m. local time on Sunday when officers were called to a shooting at the Las Virginias restaurant and bar on the outskirts of the city, well away from areas that are popular with tourists.

Six people died at the scene and a seventh victim was rushed to an area hospital, where he later succumbed to his injuries. A 25-year-old man who was shot in the arm managed to escape and was later treated for non-life threatening injuries.

“There were 2 people who fired at the victims,” the Quintana Roo Attorney General’s office said. “Interviews have also been gathered from witnesses from which it can be deducted that the main line of investigation is oriented towards a conflict between drug dealers, although other scenarios cannot be ruled out.”

The identities of those killed were not immediately released, but the attorney general’s office said five of them were from the states of Chiapas, Tabasco, Yucatán, and Quintana Roo. No tourists are believed to have been involved.

Playa del Carmen is located on the Yucatán Peninsula in eastern Mexico and is close to some of the country’s most popular tourist destinations, including Cancun, Cozumel and Tulum.

In March 2018, the U.S. Embassy banned government employees from traveling to Playa del Carmen as a result of a “security threat,” but the ban was lifted after 9 days when new security procedures were put in place.

Patty Mayo, who poses as sheriff’s deputy on YouTube, revealed as fake