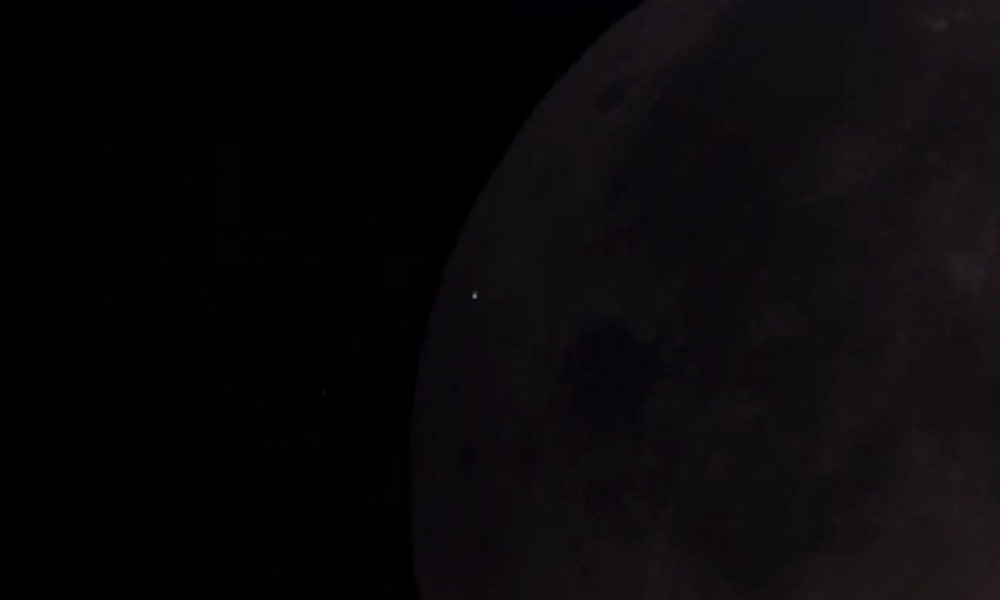 The impact as seen from Morocco (Credit: TimeAndDate)
Advertisment

A suspected meteor hit the Moon during the eclipse on Sunday night, causing a flash of light that was visible from Earth, according to astronomers.

It happened at 11:41 p.m. ET on Sunday (0441 GMT on Monday) when a bright flash was visible for a fraction of a second. Several skywatchers reported seeing the flash, which was captured on multiple videos.

A review of footage from the Griffith Observatory in Los Angeles confirmed a brief but bright flash at 11:41 p.m. Astronomers said the impact site appeared to be west of an area known as Mare Humorum.

There was no immediate confirmation from NASA, which is closed due to the partial U.S. government shutdown.

The flash appeared identical to an impact event in 2013, when a large meteor hit the surface of the Moon, causing a bright flash that was captured on video. It left a crater about 40 meters (130 feet) wide.

The Moon is hit by hundreds of meteors every year, but most are small and they are rarely caught on camera. Sunday’s lunar eclipse – called the Super Blood Wolf Moon – was visible across Africa, the Americas, and Europe.

The flash is visible when the on-screen time stamp shows 04:41:43 UTC:

Impact site is centered around 29.4S, 68.6E, but due to the size of the flash and probable inaccuracy in image alignment it could be up to 10km off in any direction. pic.twitter.com/aZW3p0esaq