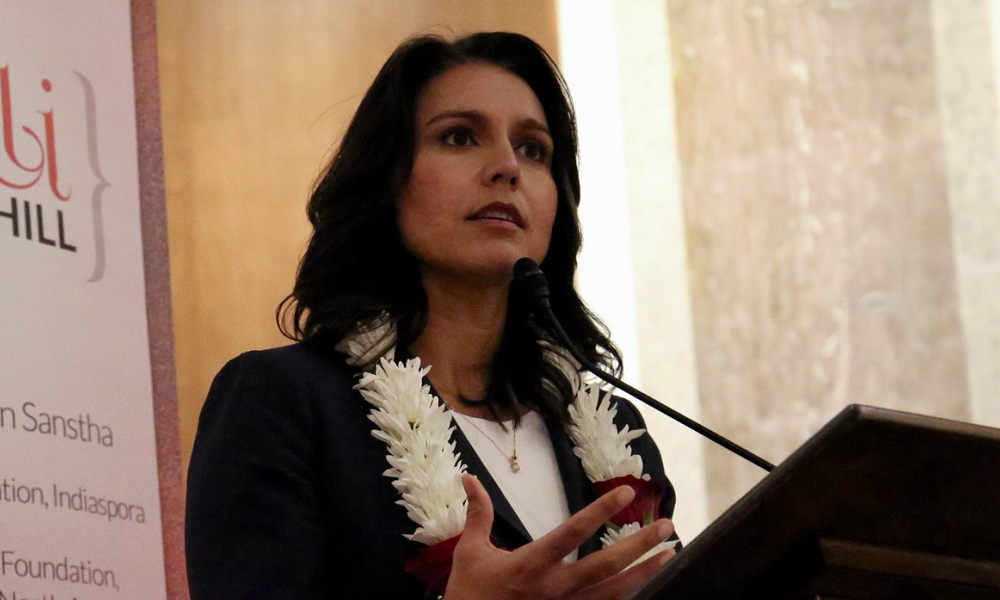 U.S. Congresswoman Tulsi Gabbard, a Democrat from Hawaii, announced on Friday that she is running for president in 2020, making her the first prominent Democrat to do so.

Gabbard, a veteran of the Iraq War who made history in 2012 when she became the first American Samoan and the first Hindu member Congress, currently services on the House Foreign Affairs Committee.

“I have decided to run and will be making a formal announcement within the next week,” Gabbard told CNN’s Van Jones during an interview on Friday.

“There are a lot of reasons for me to make this decision. There are a lot of challenges that are facing the American people that I’m concerned about and that I want to help solve,” she said, listing health care access, criminal justice reform, and climate change as key issues.

“There is one main issue that is central to the rest, and that is the issue of war and peace,” she added.

In 2016, Gabbard resigned as vice chair of the Democratic National Committee to endorse U.S. Senator Bernie Sanders as the party’s presidential nominee. Former U.S. Secretary of State Hillary Clinton won the primary but lost the election, which was won by Donald Trump.

Gabbard is the first prominent Democrat to announce a run for the White House in 2020, but others are likely to join her soon. U.S. Senator Elizabeth Warren is formally exploring a possible run while U.S. Senator Kamala Harris and several others will soon announce their decision.

Patty Mayo, who poses as sheriff’s deputy on YouTube, revealed as fake