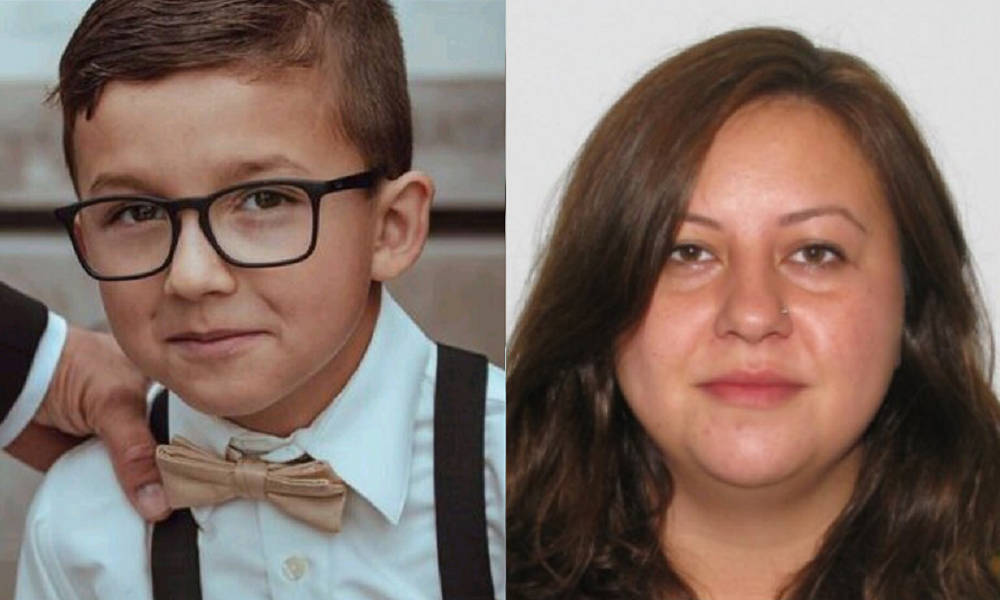 UPDATE: The amber alert has been canceled. Noah and his mother were located in Calgary at 5:30 a.m., according to Edmonton Police. Noah is unharmed.

An Alberta Amber Alert has been issued for 8-year-old Noah Ducharme after he was allegedly abducted by his mother from a school in Edmonton, local officials say. Anyone with information is urged to call 911 immediately.

The incident happened at 2:50 p.m. on Friday when Noah was taken from the Waverley Elementary School in the area of 89 Avenue NW in southeast Edmonton. “It is believed that Noah is in imminent danger,” according to police.

The suspect is the child’s mother, 31-year-old Brianne Hjalte. She is described as an Indigenous female with dark, shoulder-length hair. She is 5 feet 7 inches tall, weighs 180 pounds, and is wearing a dark jacket and dark pants.

Hjalte and the child left the school on foot, heading westbound on 89 Avenue, according to the amber alert. They are now believed to be traveling in a silver 2008 Jeep Patriot with Alberta license plate ZWK844.

Noah is described as an 8-year-old male with short brown hair. He is 4 feet tall, weighs 70 pounds, and was last seen wearing a dark green hoodie, light coloured jeans, and yellow and black Nike prescription glasses.

Anyone who sees Noah, Hjalte, or the suspect vehicle is urged to call 911 immediately, or call the Edmonton Police Service at 780-423-4567 if you have any other information that could help investigators.