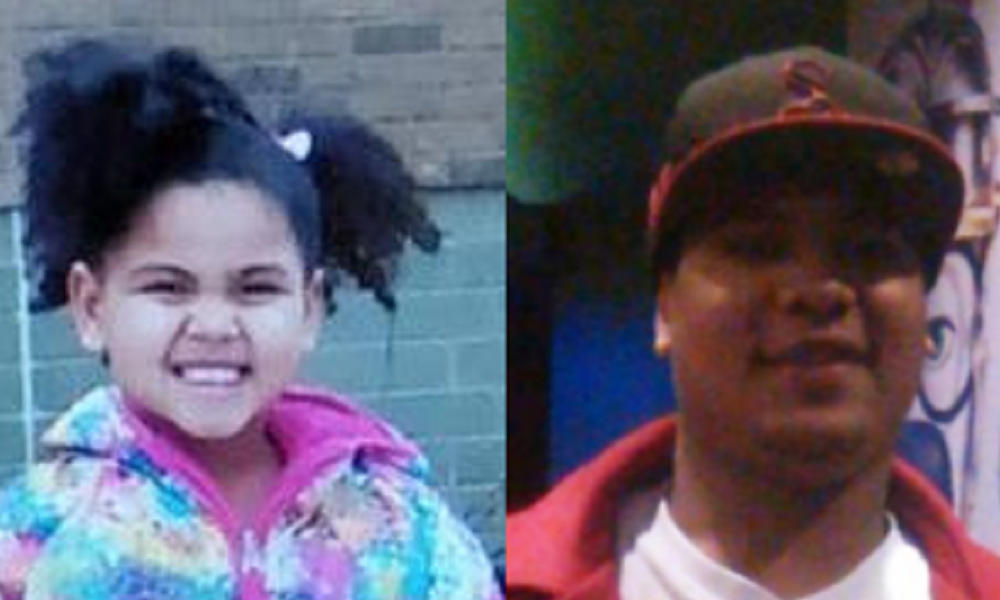 UPDATE: This amber alert has been canceled. Leanna was found safe and Zyair is in custody.

An Indiana Amber Alert has been issued for 5-year-old Leanna Nicole Herron after she was allegedly abducted from Fort Wayne, local officials say. Anyone with information is urged to call 911 immediately.

Leanna was last seen in Fort Wayne at 3 p.m. on Saturday and is believed to be in “extreme danger,” according to the amber alert. Specific details about the circumstances of her abduction were not immediately released.

The suspect has been identified as Zyair Jalinc Herron, a 26-year-old black male with black hair and brown eyes, standing 5 feet 9 inches tall and weighing 165 pounds. He was last seen wearing a red and black sweat suit, black boots, a gold grill over his teeth, and “ZAMIRAH” tattooed on the left side of his neck.

Zyair is believed to have taken the child in an older Silver Chevy Malibu with black rims and a temporary paper plate. It’s unknown where they may be heading.

Leanna is described as a 5-year-old black female with brown hair and brown eyes, standing 4 feet tall and weighing 69 pounds. She was last seen wearing a gray sweat suit with white stripes and black and white Nikes.

Anyone who sees Zyair, Leanna, or the suspect vehicle is urged to call 911 immediately, or call the Fort Wayne Police Department at 260-427-1222 if you have any other information that could help investigators.

Popping balloons cause shooting scare at the University of Michigan