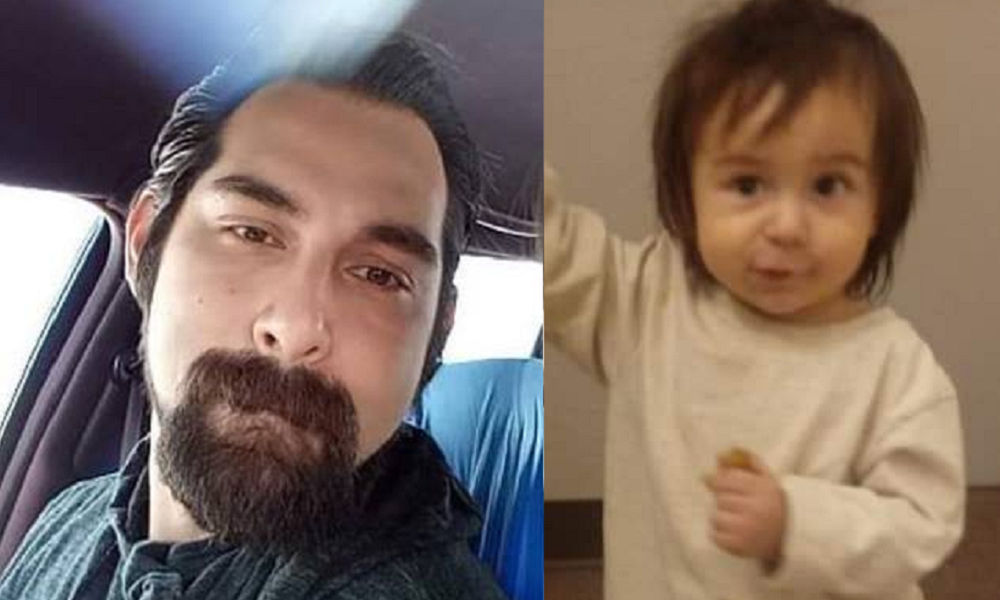 UPDATE 2: The amber alert has been canceled. Gregory and the suspect were found in Aurora. The child is safe.

UPDATE: The amber alert has been expanded to Colorado.

A Wyoming Amber Alert has been issued for 1-year-old Gregory Marks after he was allegedly abducted from Cheyenne, local officials say. Anyone with information is urged to call 911 immediately.

The incident happened at about 3 p.m. on Thursday when Gregory was “forcibly taken” from his mother by her boyfriend, 26-year-old Mijito Johnson, according to the amber alert from the Wyoming Highway Patrol.

“Johnson is not the biological parent, and [the] child was taken against the mother’s will,” the amber alert said. He is believed to have taken Gregory in a silver 2004 Ford Expedition with a bill of sale in the place of the license plate. The rear passenger window is broken out.

It’s unknown where Johnson might be taking the child, though Gregory’s mother told police that he has family in Denver. The vehicle Johnson is traveling in does not have a child safety seat for Gregory.

Anyone who sees Gregory, Johnson, or the suspect vehicle is urged to call 911 immediately, or call the Cheyenne Police Department at 307-637-6524 if you have any other information that could help investigators.

Man sets himself on fire outside the White House