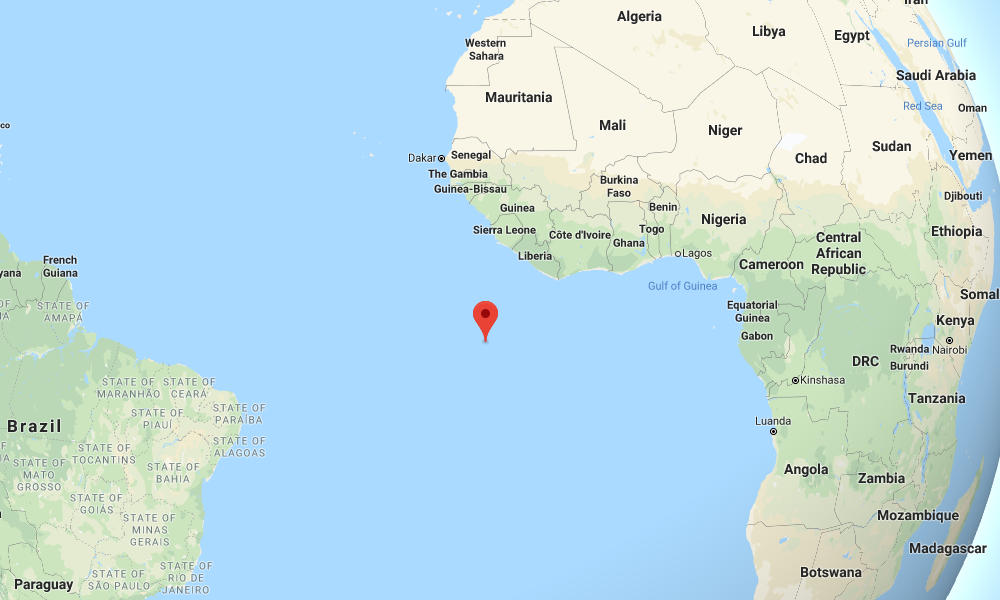 A strong 6.3-magnitude earthquake struck along the equator in the Atlantic Ocean on Wednesday afternoon, but it hit well off the coast of Africa and north of Ascension Island, seismologists say. No tsunami warnings have been issued.

The earthquake, which struck at 4:08 p.m. GMT on Wednesday, was centered along the equator in the Atlantic Ocean, about 755 kilometers (469 miles) northeast of Ascension Island, which is part of the United Kingdom, or 858 kilometers (533 miles) southwest of Liberia.

Seismologists from the U.S. Geological Survey (USGS) put the magnitude at 6.3, down from an initial estimate of 6.5. They said it struck about 10 kilometers (6.2 miles) below the seabed, making it a very shallow earthquake.

Tsunami warning centers said there was no threat of a tsunami from Wednesday’s earthquake, and it was likely too far from land to be felt by anyone. “Based on earthquake information and historic tsunami records, the earthquake is not expected to generate a tsunami,” the U.S. National Tsunami Warning Center said in a statement.