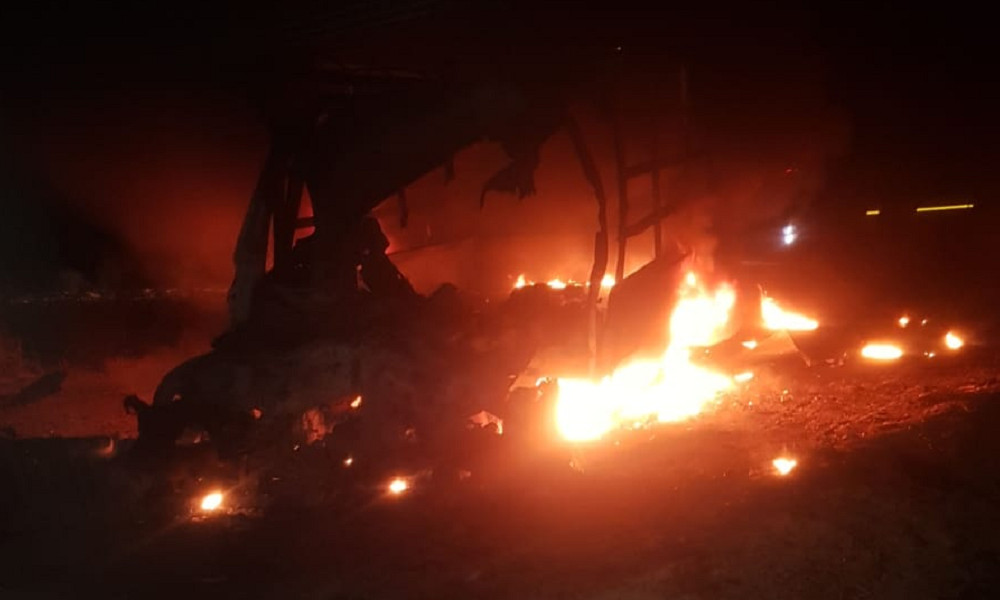 U.S. military forces have carried out another operation in northwest Syria, killing senior ISIS leader and spokesman Abul-Hasan Al-Muhajir, regional officials and witnesses say. It comes less than 24 hours after ISIS leader Abu Bakr al-Baghdadi blew himself up while being pursued by U.S. special forces.

The latest operation happened on early Sunday night when U.S. forces carried out an airstrike in the village of Ain al-Baydah, near Jarablus in Aleppo province, close to the border with Turkey, witnesses said. A U.S. military spokesperson declined to provide information “for reasons of operational security.”

The Syrian Observatory for Human Rights, which is based in Britain and uses a network of local sources to track events in Syria, said a fuel tanker and a Hyundai vehicle were traveling in the area when they were targeted by U.S. forces. At least five people were killed, including al-Muhajir, according to the Kurdish-led Syrian Democratic Forces (SDF).

“Continuing the previous operation, terrorist Abu al-Hassan al-Muhajir, the right-hand man of Abu Bakr al-Baghdadi and an ISIS spokesman, was targeted in the village of Ain al-Baydah, near Jarablus, in direct coordination between SDF intelligence and the U.S. military,” SDF General Commander Mazloum Abdi said.

The news comes less than 24 hours after ISIS leader Abu Bakr al-Baghdadi, the self-proclaimed caliph and the world’s most-wanted terrorist, was killed in a raid conducted by the U.S. military near Barisha in Idlib province. Al-Baghdadi was said to have blown himself up when he was cornered by U.S. special forces.

Al-Muhajer, whose real name and nationality is unknown, became the Islamic State’s official spokesman after his predecessor, Abu Mohammad al-Adnani, was killed in a U.S. airstrike in Syria in August 2016. It’s unclear who will succeed al-Muhajer and al-Baghdadi.