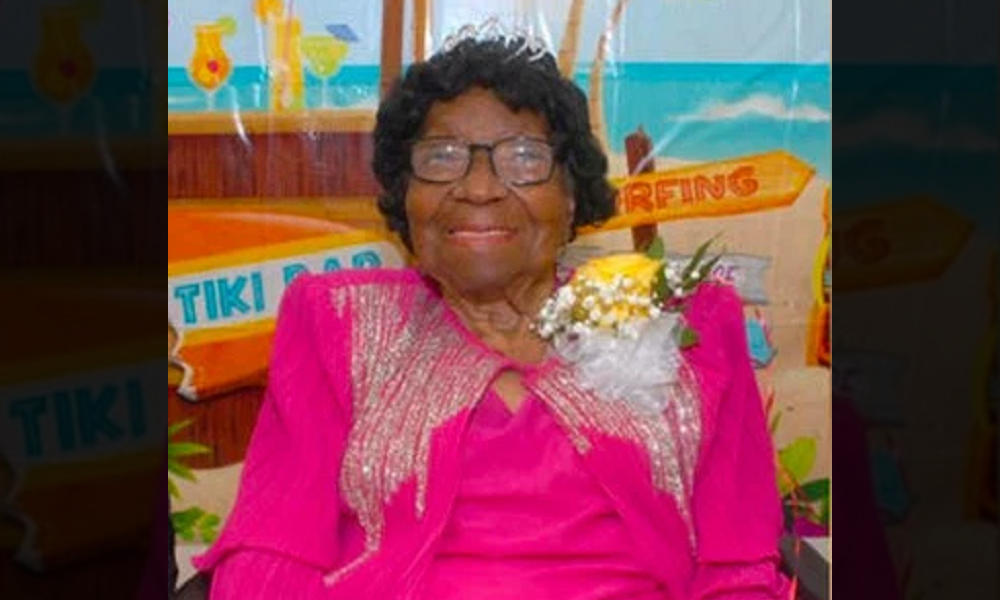 Alelia Murphy, who was born at a time when Albert Einstein published his groundbreaking papers and when Theodore Roosevelt was president of the United States, has died in New York City, officials say. She was 114 years old.

Murphy died in New York City’s Harlem neighborhood on Saturday with her family at her side. The cause of her death was not disclosed. “I’m so grateful to have gotten to know her, and saddened to learn of her passing,” State Senator Brian Benjamin said on Wednesday.

“When we celebrated Alelia and her 114th birthday earlier this year, she inspired us all with her positive attitude, her life story, and her love for her family,” the senator said in a statement. “Harlem was lucky to have her. My thoughts and prayers are with her family at this time.”

Murphy herself was born in North Carolina on July 6, 1905. It was a time when Theodore Roosevelt served as president of the United States and Edward VII was the King of the United Kingdom. The city of Las Vegas was just 2 months old and Albert Einstein was about to publish Annus Mirabilis, a set of papers which set the stage for all of modern physics. The world’s population was just 1.6 billion.

During her lifetime, the world went through a period of rapid development that included great advances in communication and medicine. Murphy lived through the introduction of cars to the general public, commercial aviation, television, spacecraft, modern computers, the internet, and the mobile phone. But the world also went through major conflicts: Murphy was 9 years old when World War I began in 1914.

Murphy left North Carolina in the 190s and moved to New York City at the height of the Harlem Renaissance. Her daughter, Rose Green, told healthcare union 1199SEIU last month that she was known for her energetic jitterbug routines back then. She credited her long life to eating healthy and staying active.

“Her motto has always been, ‘You can sleep when you’re dead,'” Green said.

The oldest undisputed person to have ever lived was Jeanne Calment who died in France in 1997 at the age of 122 years and 164 days. The oldest living American was Sarah Knauss, who died at the age of 119 in December 1999, just two days short of the new millennium and one year short of seeing her third century.