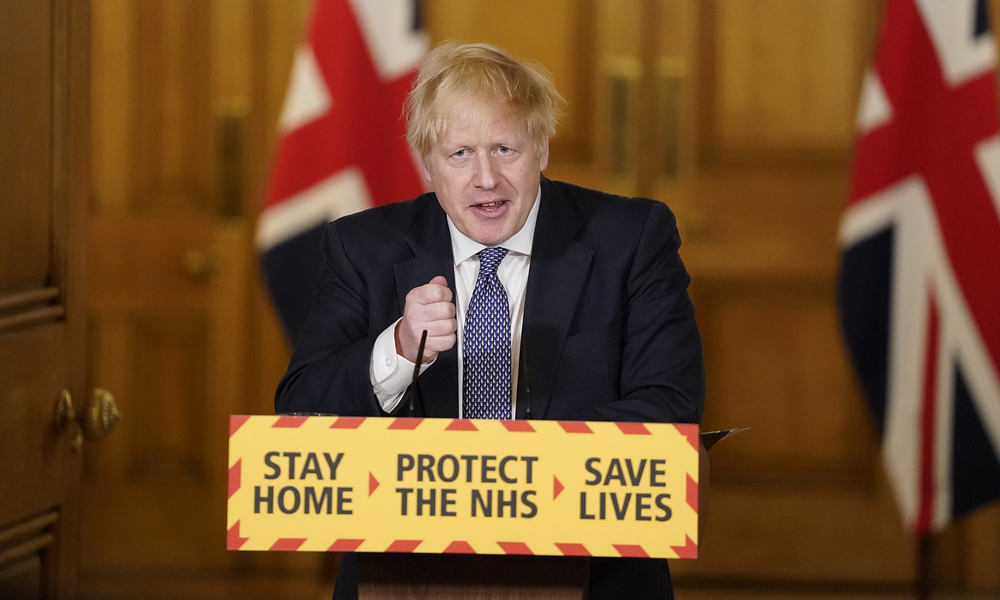 Britain’s coronavirus outbreak is now past its peak as the infection rate has fallen below one, Prime Minister Boris Johnson announced on Thursday as he promised to release a plan next week to ease the country’s month-long lockdown.

Johnson pointed out at a daily coronavirus briefing that the number of hospital admissions is falling and said Britain had managed to avoid an “uncontrollable and catastrophic epidemic” in which up to half a million people could have died.

“I can confirm today that, for the first time, we are past the peak of this disease,” Johnson said at the daily briefing, his first since recovering from COVID-19 himself. “We are past the peak and we’re on the downward slope, and we have so many reasons to be hopeful for the long-term.”

Patrick Vallance, the UK’s chief scientific adviser, said the so-called R-number, which indicates how many people each infected person passes the disease on to, is believed to be between 0.6 and 0.9 across the country. “We know the total number of cases is on its way down,” he said.

“My message to everyone today is: your effort and your sacrifice is working and has been proved to work. Today, the number of COVID hospital admissions is falling [and] the number of patients in ICU is falling,” Johnson said. “We have so far succeeded in the first and most important task we set ourselves as a nation, to avoid the tragedy that engulfed other parts of the world, because at no stage has our NHS been overwhelmed.”

The United Kingdom is among the worst-affected countries in the coronavirus pandemic, which began in the Chinese city of Wuhan in late 2019. The number of confirmed cases rose to 171,253 on Thursday, an increase of 6,033 from the day before, while the death toll rose to 26,711, an increase of 674. More than 38,000 people are presumed to have recovered.