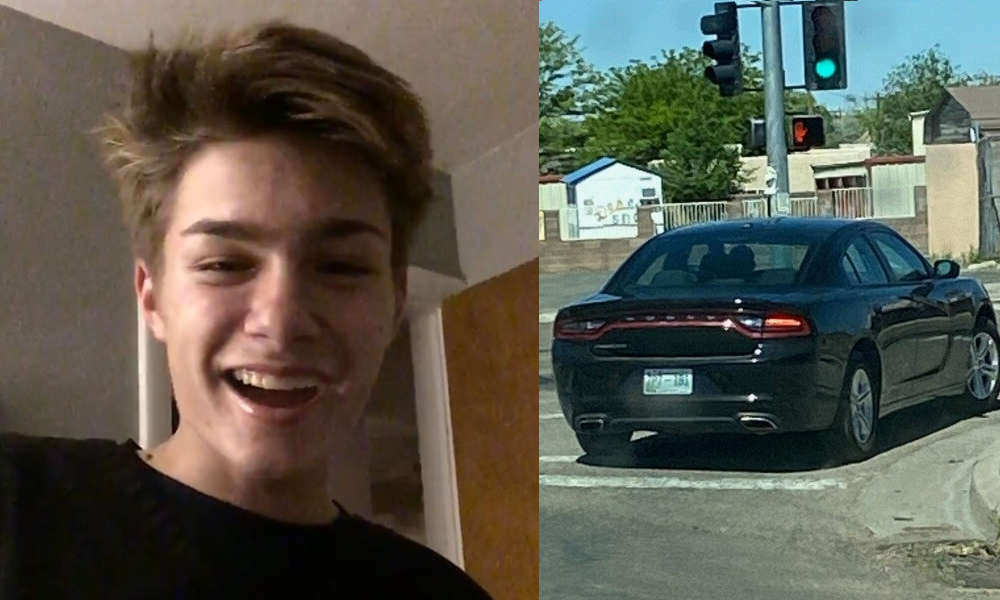 Kaleb and the suspect vehicle
Advertisment

UPDATE: The amber alert has been expanded to include New Mexico.

An Arizona Amber Alert has been issued for 16-year-old Kaleb Smith after he was allegedly abducted from Holbrook in Navajo County, officials say. The suspect is an unidentified, older man and anyone with information is urged to call 911.

Kaleb was last seen at about 10 a.m. on Tuesday in the area of N 8th Avenue and W Erie Street in Holbrook, according to the amber alert, which was issued on Tuesday night. He left his home to go on a run and contacted his family via messenger a short time later but never returned.

Kaleb is believed to be in the company of an older, unidentified white male who is possibly between the ages of 50 and 65 with balding hair. They may be traveling in a black 2019 Dodge Charger with Tennessee license plate number 7P71B1.

Investigators believe they may be traveling through New Mexico, where authorities have also issued an amber alert.

Kaleb is described as a 16-year-old white male with brown hair and brown eyes, standing 5 feet 7 inches tall and weighing 110 pounds. He was last seen wearing a red shirt and black shorts. The nature of his relationship to the suspect, if any, was not immediately released.

Anyone who sees Kaleb or the suspect vehicle is urged to call 911 immediately, or call the Holbrook Police Department at 928-524-4050 if you have any other information that could help investigators.