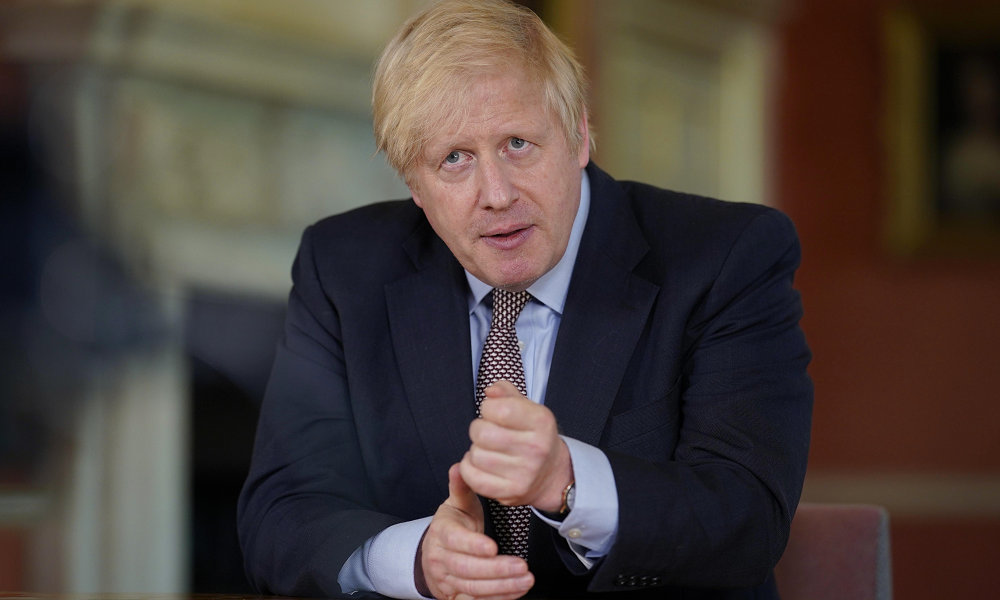 Prime Minister Boris Johnson outlined an easing of Britain’s stay-at-home orders in a televised address Sunday night, in what he called “the first sketch of a road map for reopening society.”

Johnson said the aim of loosening of the nearly two-month lockdown was to cautiously awaken the economy while bearing in mind “the science, the data and public health.”

Schools and shops could begin a phased reopening starting in June, he said, while the businesses in the hospitality industry, like hotels and restaurants, would probably not be able to reopen until July at the earliest.

He said that from Wednesday people could start spending more time outside their homes, including sunbathing in local parks, car travel to other destinations, and playing outdoor sports with people of the same household.

A new five-tier alert system will help inform the public to what extent the pandemic is under control.

Johnson said level five is “the most critical” and level one means Covid-19 is “no longer present” in the country.

He said Britain has been at level four throughout the lockdown period and that it could now begin to move down a notch to level three.

The prime minister said the level would be determined primarily by the infection rate and the total number of coronavirus cases.

Johnson said that the “Covid Alert Level will tell us how tough we have to be in our social distancing measures – the lower the level the fewer the measures. The higher the level, the tougher and stricter we will have to be.”

Johnson also confirmed that new arrivals by air would “soon” have to go into quarantine “to prevent reinfection from abroad.” He did not give a time frame for the measure.

“I am serving notice that it will soon be the time – with transmission significantly lower – to impose quarantine on people coming into this country by air,” he said.

The prime minister, who returned to work only two weeks after being hospitalized with Covid-19, has been on the defensive over his government’s handling of the pandemic, which has killed more than 31,000 people in Britain.

About two-thirds of British people believe the government was too slow to introduce strict social distancing, according to an IpsosMORI opinion poll released on Thursday.

Many health experts and opposition politicians have accused the conservative government of a slow response to the crisis, and criticized Britain’s low level of testing, and poor provision of intensive care beds, ventilators and protective equipment.

Recently there have been concerns that Johnson’s government, in an effort to get the economy going again, would relax restrictions too quickly.

In an interview with Sky News, Starmer pointed to the chorus of disapproval by leaders in Scotland, Northern Ireland and Wales of the government in London’s new “stay alert” slogan instead of the previous “stay at home message.”

“This statement raises as many questions as it answers, and we see the prospect of England, Scotland and Wales pulling in different directions,” he said

Following Johnson’s speech, London mayor Sadiq Khan reminded residents in the British capital that the city is still under lockdown.

“I want to be as clear as possible with Londoners – social distancing measures are still in place. Lockdown hasn’t been lifted and we all still need to play our part in stopping the spread of Covid-19,” Khan, of the opposition Labour Party, said in a statement.

“We still have a long way to go to defeat this virus and we have not returned to life as it was before,” he added.

Moderate earthquake hits off the Philippines, felt in Manila