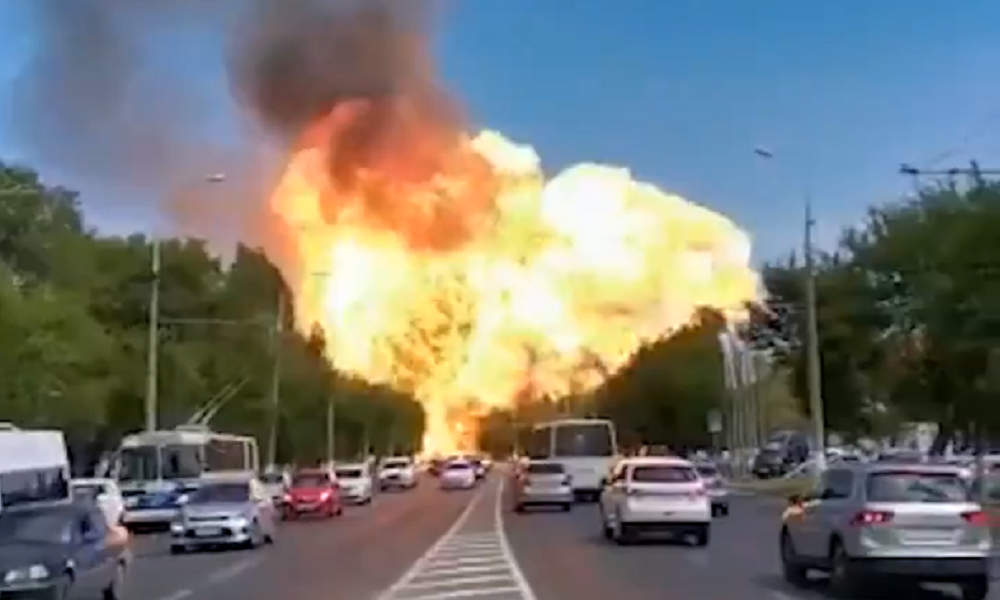 A massive explosion has ripped through a gas station in southwest Russia, causing a shockwave and injuring more than a dozen people, local officials say. Several firefighters are among those injured.

The incident began at about 12:40 p.m. on Monday when emergency services were called for a fire at a gas station along a busy road in Volgograd. A fuel truck was at the station when the fire broke out.

The Ministry of Emergency Situations said 60 firefighters and 19 vehicles responded to the scene. Employees at the station fled to a safe distance before both the station and the truck were destroyed in the explosion.

“Having felt the blast wave I fell to the ground. Looking up, I saw the gas station ablaze and the flames rising,” one of the firefighters said.

At least 13 people were injured, including a firefighter who suffered serious burns, 4 firefighters who were thrown to the ground by the shockwave, and several people who were passing the scene. The driver of the fuel truck was taken to hospital in critical condition.

“The emergency services faced a difficult task – to save people, extinguish the fire, and prevent subsequent explosions,” the ministry said. Firefighters used a robot to reach some parts of the fire to avoid putting firefighters at risk.

Related Topics:featuredRussiaVolgograd (Russia)
Up Next