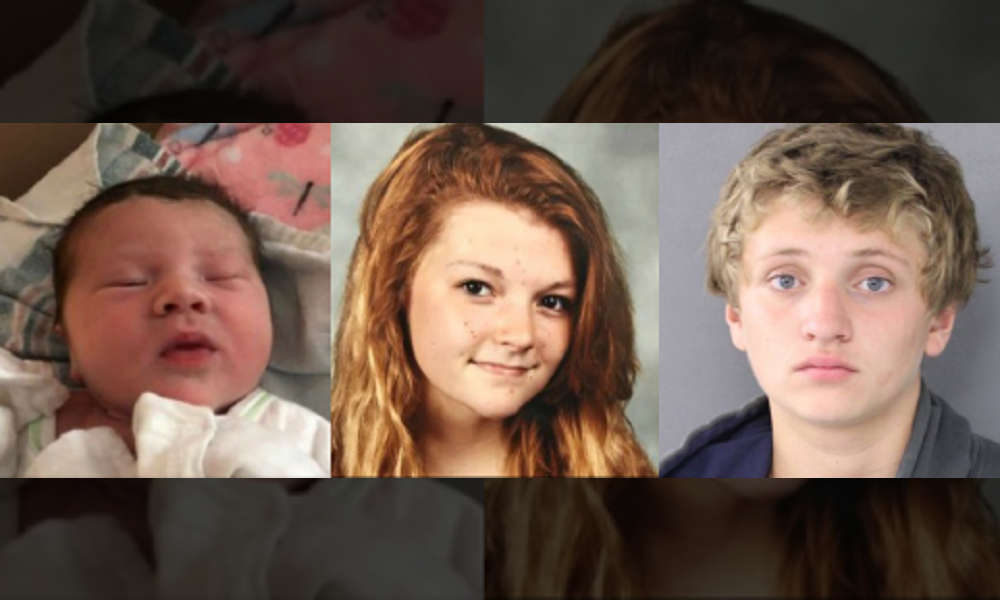 UPDATE: The amber alert has been canceled. Natalie was found safe but her parents, Kevin and Alyssa, are still missing.

A New York Amber Alert has been issued for 2-month-old Natalie Huntington after she was allegedly abducted by two teenagers in Orleans County, officials say. Anyone with information is urged to call 911 immediately.

The incident happened at about 8 a.m. on Wednesday when Natalie was allegedly taken by two teenagers in the 4200 block of Manning Road in Holley, a village near Murray. Details about the circumstances were not immediately released.

The two suspects have been identified as 16-year-old Kevin Huntington and 15-year-old Alyssa Bel. “The child was taken under circumstances that lead police to believe that they are in imminent danger of serious harm and/or death,” police said in the amber alert.

The nature of Kevin and Alyssa’s relationship to the baby was not immediately clear.

Natalie is described as a 2-month-old white female with black hair and blue eyes. She is approximately 20 inches. A car seat with a pink cover was taken along with the child, according to the amber alert.

Anyone who sees Natalie, Kevin, or Alyssa, is urged to call 911 immediately, or call the Orleans County Sheriff Office at (866) NYS-AMBER if you have any other information that could help investigators.