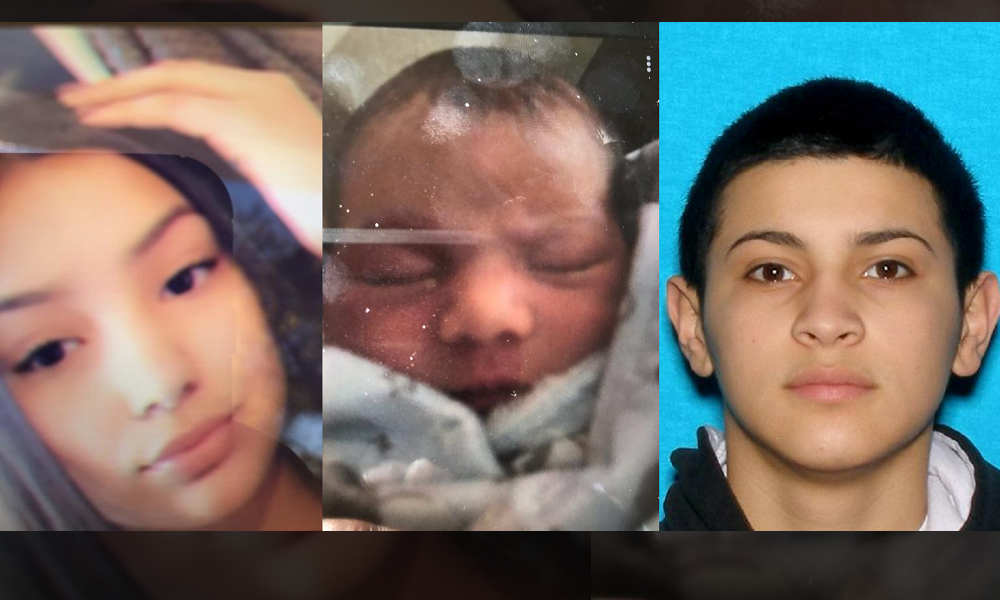 UPDATE: The amber alert has been canceled. Both girls were found in Missouri and are safe.

A Kansas Amber Alert has been issued for 16-year-old Aracely Arambula and 1-month-old Bellanice Diaz after they were forcibly abducted from their home in Kansas City, local officials say. Anyone with information is urged to call 911 immediately.

The incident happened at around 5 a.m. Sunday when Aracely and Bellanice were forcibly taken from their residence in Kansas City, Kansas, according to the amber alert. They were taken by two men and were last seen in the 1100 block of Greeley Avenue.

“Statements heard by another individual in the residence indicate that Bellanice and Aracely are in imminent danger,” police said in the amber alert, which was issued just before 2:30 p.m. The amber alert has since been expanded to include Missouri.

The suspects were identified as 21-year-old Jacob Diaz and 23-year-old Julian Diaz, but the nature of their relationship to the girls was not immediately clear. They are believed to have taken them in a red 2012 Honda Odyssey with license plate AR299 and the tag “In God We Trust.”

Aracely is described as a White/Hispanic female with black hair and brown eyes, standing 5 feet 4 inches tall and weighing 120 pounds. She was last seen barefoot and was wearing a burgundy shirt and checkered pajama pants.

Anyone who sees the victims, the suspects, or the suspect vehicle, is urged to call 911 immediately, or call the Kansas City, KS Department at 913-596-3000 if you have any other information that could help investigators.