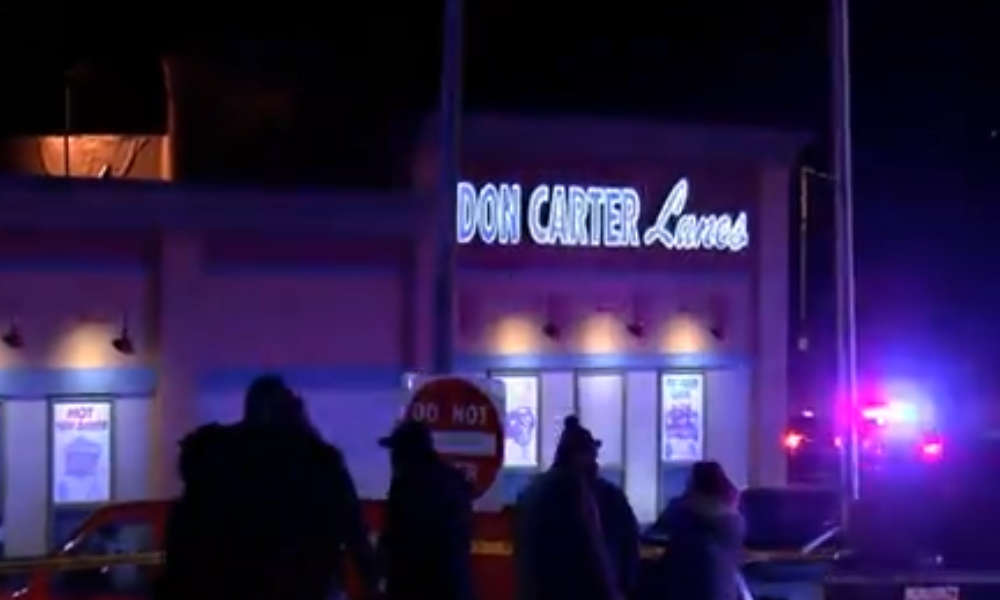 The building where the shooting happened (Credit: WREX-TV)
Advertisment

A gunman opened fire at a bowling alley in northern Illinois on Saturday night, killing three people and injuring three others in what appeared to be a random attack, officials said. The suspect was taken into custody.

The incident happened at about 6:55 p.m. on Saturday when officers were called for an active shooter at the Don Carter Lanes bowling alley in Rockford. Shots were fired both inside and outside the business.

“This is an obvious active shooter and when officers arrived on scene the shooter was still in the building,” Police Chief Dan O’Shea said. None of the officers fired their weapons and the suspect was taken into custody.

“There’s three people being treated at area hospitals and three confirmed deceased,” O’Shea said, adding that two teenagers were among those shot. There was no word on the conditions of those injured.

Police said Saturday night’s shooting appeared to be a “random” attack, but details about a possible motive were not immediately known. The suspect was only identified as a 37-year-old white male.

The mass shooting takes the number of homicides in Rockford this year to 35, making it the deadliest year on record.