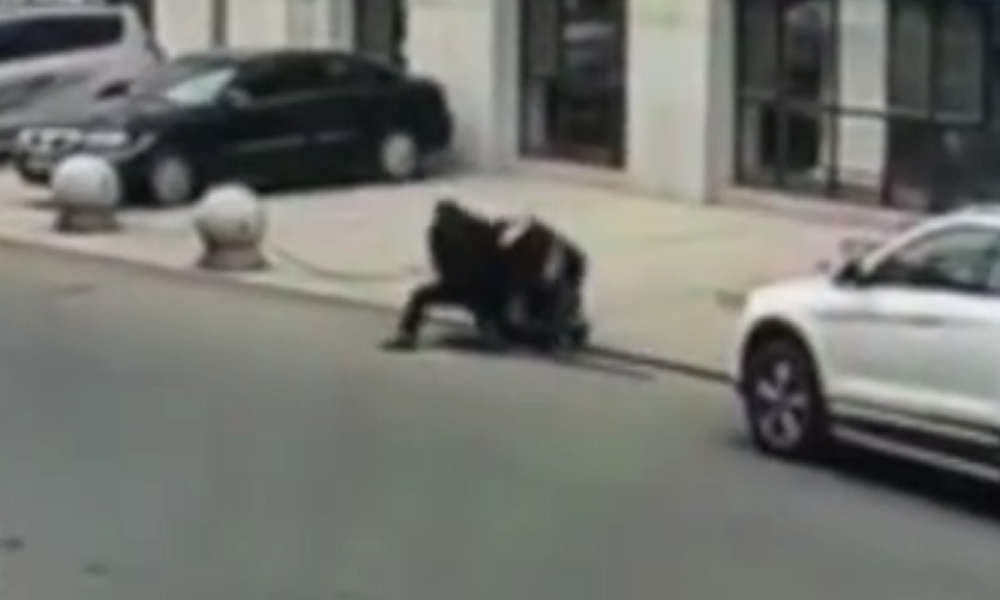 The suspect is overpowered and taken into custody (Credit: Weibo)
Advertisment

At least seven people were killed Sunday when a man with a knife went on a stabbing spree on a street in northeast China, authorities and local media said, calling it a “random attack.” The suspect was taken into custody.

The attack began at 8:14 a.m. on Sunday in Kaiyuan City in Liaoning province. Security footage showed the attacker lunging at passers-by, seemingly at random, before he was overpowered by police and taken into custody.

Authorities said seven people were killed and seven others were injured. One of those injured was a police officer who helped take the suspect into custody.

Details about a possible motive were not immediately known, but the state-run Xinhua news agency said the killings appeared to be a “random attack.” Another report said the suspect – Yang Moufeng – was believed to be a man in his 60s with a history of mental illness.

“The case is currently under further investigation,” the city’s Public Security Bureau said in a statement.

China has strict gun control laws but has seen a number of knife and vehicle attacks in recent years. In April 2018, a former student went on a stabbing spree outside a middle school in central China, killing nine students and injuring others.