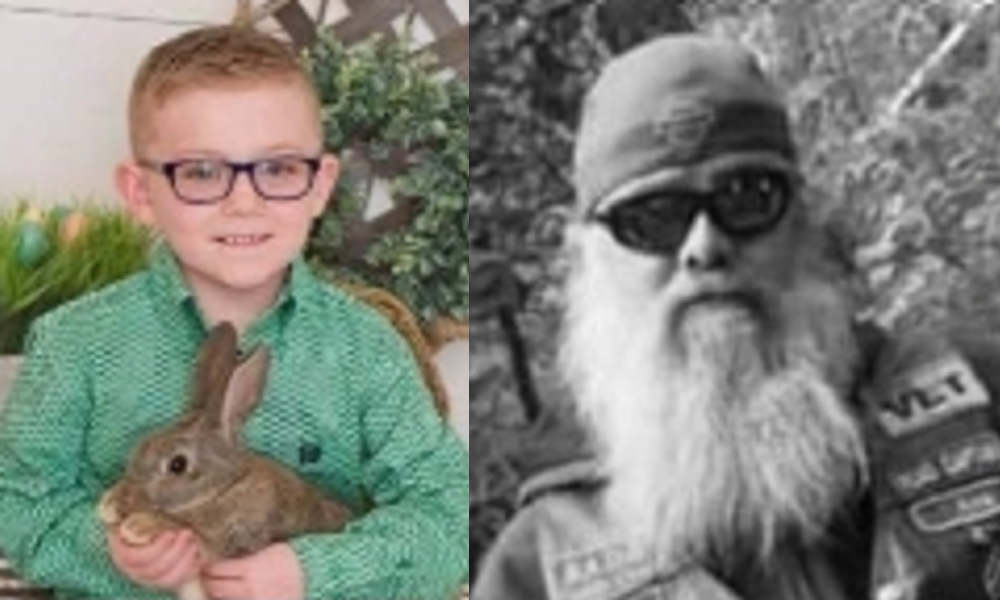 UPDATE: The amber alert has been canceled. The child was returned safely.

A Missouri Amber Alert has been issued for 5-year-old Craig Emmerson who was allegedly abducted after shots were fired at a home in Douglas County, officials say. Anyone with information is urged to call 911 immediately.

The incident happened at around 3:30 p.m. on Thursday at the child’s home in the 700 block of RR2 in Ava, a city in Douglas County. Police say the boy’s father, whose name is the same, took the child after physically assaulting the mother and firing a weapon inside the home.

“He stated the mother would never see the child again,” the Missouri State Highway Patrol said in Friday’s amber alert, which provided no further details about the circumstances of the abduction. It said the suspect may be traveling to the Springfield or Howell County areas.

It’s believed the suspect is driving a black 2020 Jeep Gladiator with red wheels and accessories. The registered license plate number is 4FDR55, but it’s currently not believed to be on the vehicle. Instead, the Jeep is likely displaying a motorcycle plate which reads SKU1LY.

The suspect is described as a 53-year-old white male with brown hair and brown eyes, standing 6 feet tall and weighing 190 pounds. He has a long beard and has tattoos on both arms, his chest, and his back.

Anyone who sees the victim, the suspect, or the suspect vehicle is urged to call 911 immediately, or call the Douglas County Sheriff’s Department at 417-683-1020 if you have other information that could help investigators.