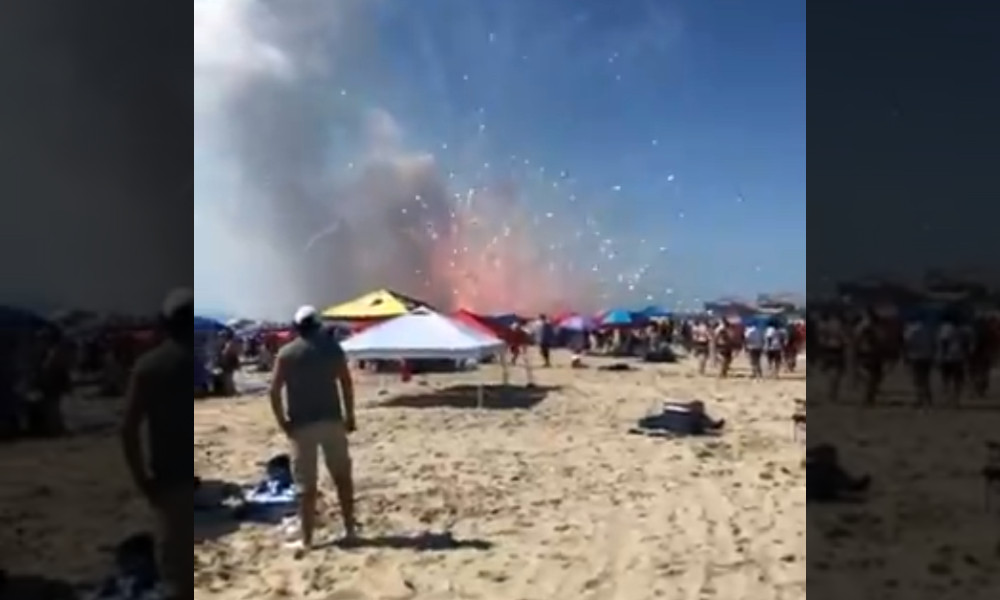 Fireworks accidentally exploded amid preparations for a Fourth of July fireworks show on a beach in Ocean City, Maryland, causing minor injuries to several employees, local officials and witnesses say.

The accident happened at about 10:15 a.m. on Sunday when fireworks in or near a truck on the beach ignited, causing all of it to explode and shooting fireworks in all directions, according to witnesses.

Although it was busy on the beach at the time of the accident, the area surrounding the truck had been completely cordoned off, according to witnesses. There were no reports of injuries among beachgoers.

Bowers said fire marshals are investigating the cause of the accident.

Fireworks went off in Ocean City this morning on the beach, down by the inlet. Not sure if there are any injuries. Video taken by my sister-in-law. pic.twitter.com/m5MFcRtRUN