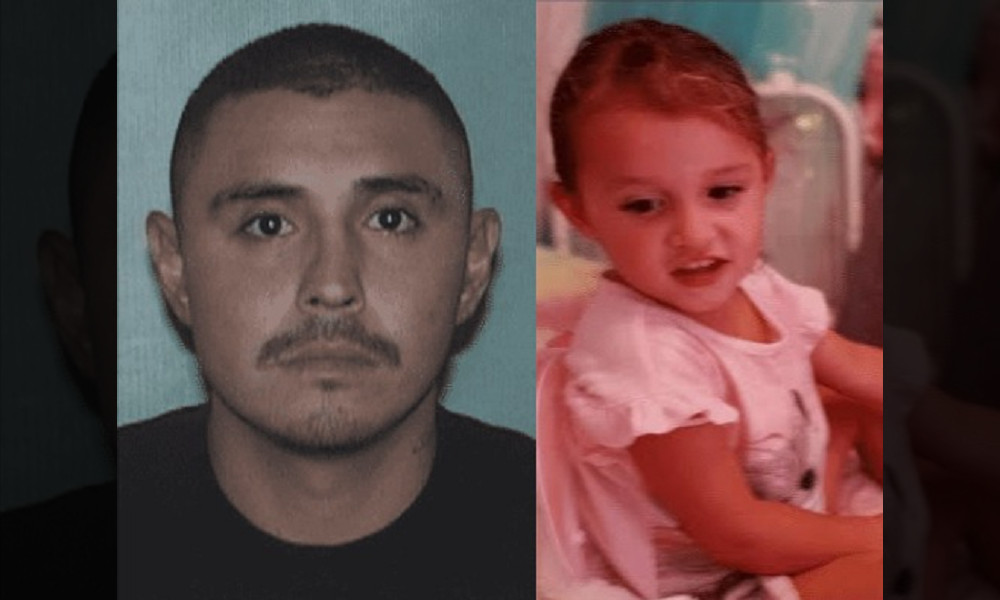 UPDATE: New Mexico State Police reports that Italy has been found. Other details were not immediately released.

A New Mexico Amber Alert has been issued for 2-year-old Italy Hernandez from Belen after she was allegedly taken by her father, who is wanted by police for a stabbing that occurred earlier today. Anyone with information is urged to call 911 immediately.

Italy was last seen at 7 Brown Drive in Belen in Valencia County at around 8:30 a.m. on Monday. She’s believed to have been taken by her father, 29-year-old Francisco Hernandez, who is the suspect in a stabbing that happened around the time of Italy’s disappearance.

“Many details are still unknown and under investigation. However, of urgent concern is the whereabouts of Italy Hernandez,” New Mexico State Police said in a statement, which provided no further information about Monday’s stabbing.

Francisco is described as a 29-year-old Hispanic male with black hair and brown eyes, standing 5 feet tall and weighing 150 pounds. He’s believed to have taken Italy in a white 2010 Chevrolet passenger car with an unknown New Mexico license plate.

Italy is described as a 2-year-old Hispanic female with brown hair and brown eyes, standing 2 feet 5 inches tall and weighing approximately 50 pounds, according to police. She was last seen wearing a red and blue onesie.

Anyone who sees Italy or Francisco is urged to call 911 immediately, or call the Belen Police Department at (505) 865-2039 if you have any other information that could help investigators.