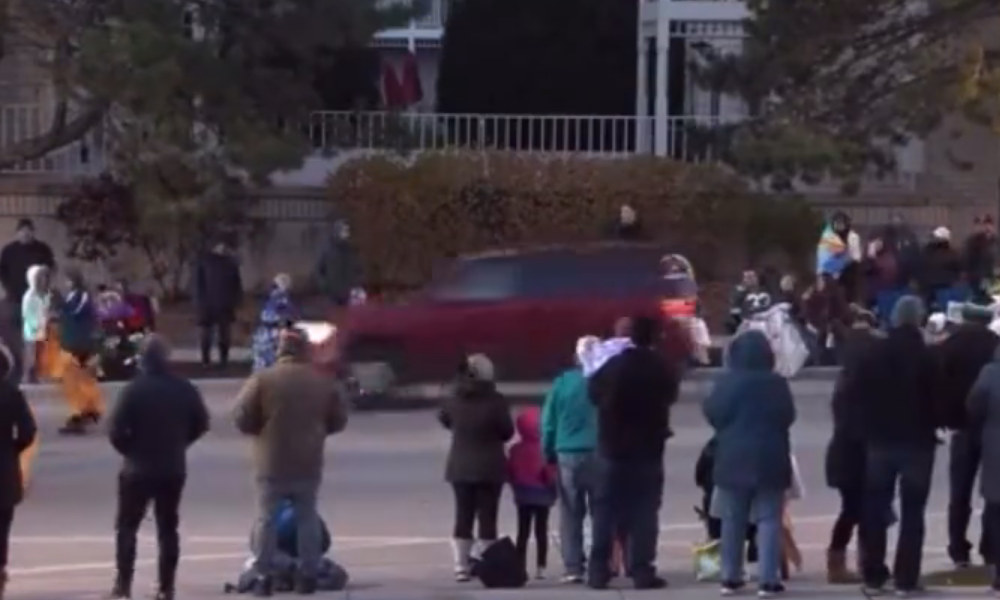 The vehicle was captured on a live stream
Advertisment

A car has plowed into the Waukesha Holiday Parade in Wisconsin, killing an unknown number of people and injuring nearly 30 others, local officials and witnesses say. A possible motive was not immediately known.

The incident happened at around 4:35 p.m. on Sunday when the vehicle, a red SUV, entered the parade route at a high rate of speed. The vehicle slowed down before accelerating into participants of the parade.

An officer appeared to fire multiple shots as the vehicle crashed through barricades and fled the scene, according to video taken by a witness. The vehicle, which was heavily damaged, was later found and a “person of interest” was taken into custody.

Waukesha Police Chief Dan Thompson confirmed that multiple people had been killed but declined to say how many because families were still being notified. At least 29 patients were taken to three area hospitals, including up to 15 children.

There was no immediate word on a possible motive for what appeared to be a deliberate act.

“Kathy and I are praying for Waukesha tonight and all the kids, families, and community members affected by this senseless act,” Wisconsin Governor Tony Evers said. “I’m grateful for the first responders and folks who acted quickly to help, and we are in contact with local partners as we await more information.”

Waukesha is a small city and the seat of Waukesha County, about 16 miles (26 kilometers) west of Milwaukee.

WATCH: Shots are fired after a vehicle plows into a Christmas parade in Wisconsin pic.twitter.com/CIPa5xOd4U

We are on scene now. One man says “most of his family are in the hospital” as he and his wife walked away. There are emergency crews everywhere @fox6now pic.twitter.com/VGltjs2R9Z