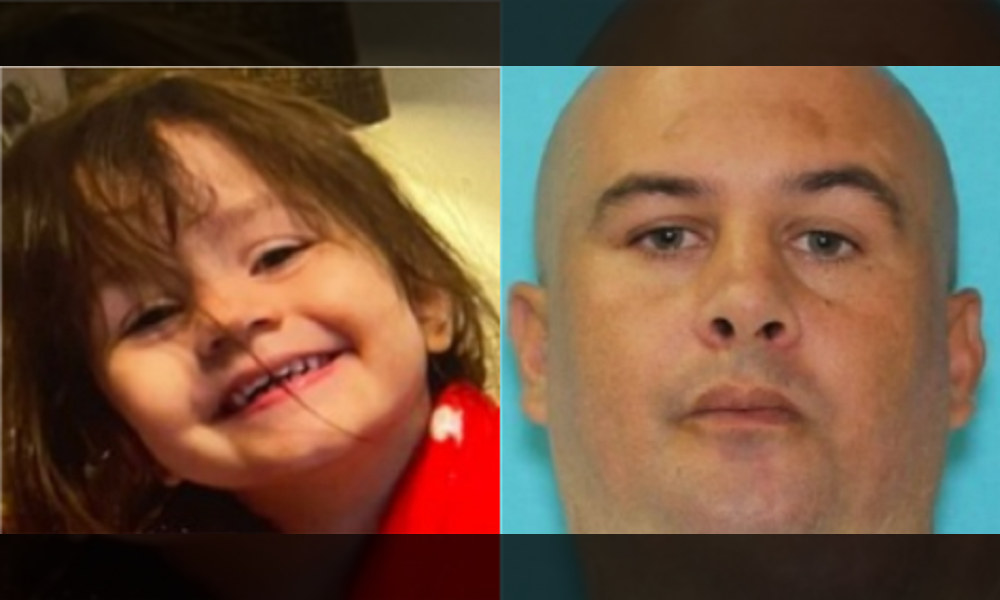 UPDATE: The amber alert has been canceled. McKenzie was found safe.

A Texas Amber Alert has been issued for 3-year-old McKenzie Byrne after she was allegedly abducted in Austin, local officials say. Anyone with information is urged to call 911 immediately.

McKenzie was last seen at 12:30 a.m. on Thursday in the 8800 block of Research Boulevard in Austin, according to the amber alert. Specific details about the circumstances of her abduction were not immediately released.

McKenzie is believed to have been taken by 37-year-old Brian Byrne, who is believed to be her father, although this was not immediately confirmed by officials. Brian is a white, bald male with brown eyes, standing 6 feet 4 inches tall and weighing 220 pounds.

The suspect and the child are believed to be traveling in a silver Toyota Tundra with Texas license plate number BP70978. It’s unknown where Brian may be taking the child.

McKenzie is described as a 3-year-old white female with brown hair and brown eyes, standing 3 feet 2 inches tall and weighing 30 pounds. She was last seen wearing a gray shirt and pink/purple pants.

Anyone who sees McKenzie, Brian, or the suspect vehicle is urged to call 911 immediately, or call the Austin Police Department at (512) 974-5000 if you have any other information that could help investigators.