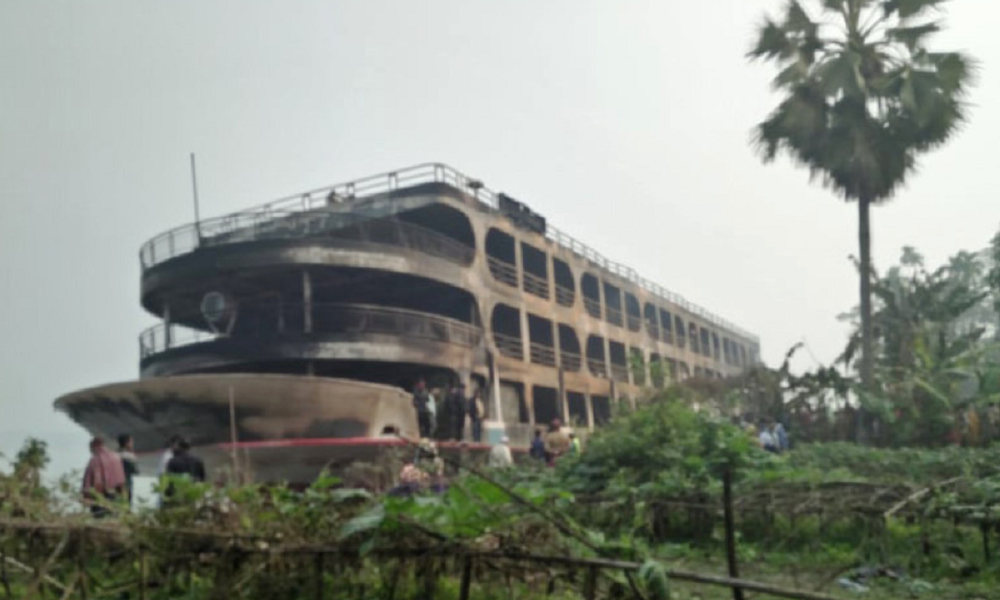 The aftermath of the fire (Credit: The Daily Star)
Advertisment

A ferry with more than 500 people on board has caught fire on a river in Bangladesh, killing at least 39 people and injuring more than 100 others, local officials say. Rescue work is continuing at the site and the death toll is expected to rise.

The incident happened on the Sugandha River in Jhalakathi and started at 3 a.m. on Friday when a fire broke out in the engine room of the MV Abhijan-10, which had left the capital Dhaka and was heading to the southern district of Barguna.

The Daily Star newspaper said at least 39 bodies had been recovered, but an unknown number of people remain unaccounted-for. More than 100 people were taken to area hospitals, where some were said to be in critical condition.

The ferry was carrying at least 500 people at the time of the accident, though the exact number was not immediately clear. The Xinhua news agency said the number of people on board may have been as high as 1,000.

Local media said many of the passengers jumped into the river in an attempt to escape the fire, but some of them failed to reach the shore and drowned. At least eight of the dead were pulled from the water.

Advertisment
Related Topics:Bangladeshfeatured
Up Next