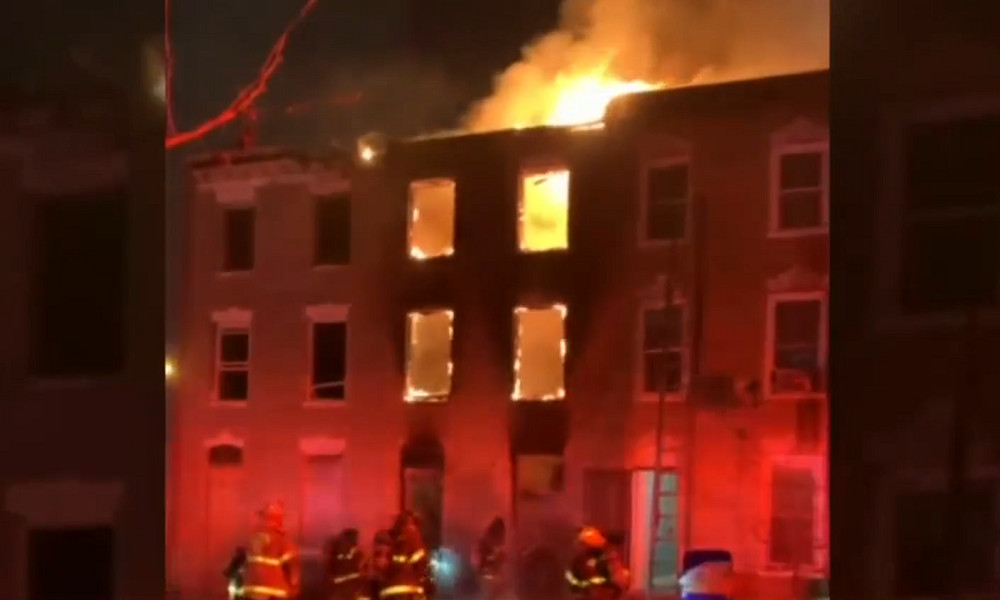 Three firefighters in Baltimore were killed and a fourth was critically injured when the house where they were fighting a fire partially collapsed, local officials say, making it the deadliest incident for firefighters in the U.S. since 2015.

The incident happened at around 6 a.m. on Monday when fire crews were called to a fire in a vacant row-house in the 200 block of South Stricker Street in Baltimore, where large flames were shooting out of the windows.

The incident was upgraded to a 2-alarm fire and firefighters went into the building because adjacent homes were occupied. At some point, a part of the building collapse, trapping four of the firefighters.

Baltimore Mayor Brandon Scott said three firefighters were killed and a fourth was rushed to an area hospital in critical but stable condition.

“This is a gut wrenching tragedy for our city, the Baltimore Fire Department, and most importantly the families of our firefighters,” Mayor Scott said. “There are no words to describe the pain and the severity of the losses we have suffered today.”

“Each and every day, our firefighters and first responders answer the call and are ready to run into danger – this is our worst nightmare,” Maryland Governor Larry Hogan said in a statement, in which he ordered state flags to be lowered to half-staff in honor of the fallen firefighters.