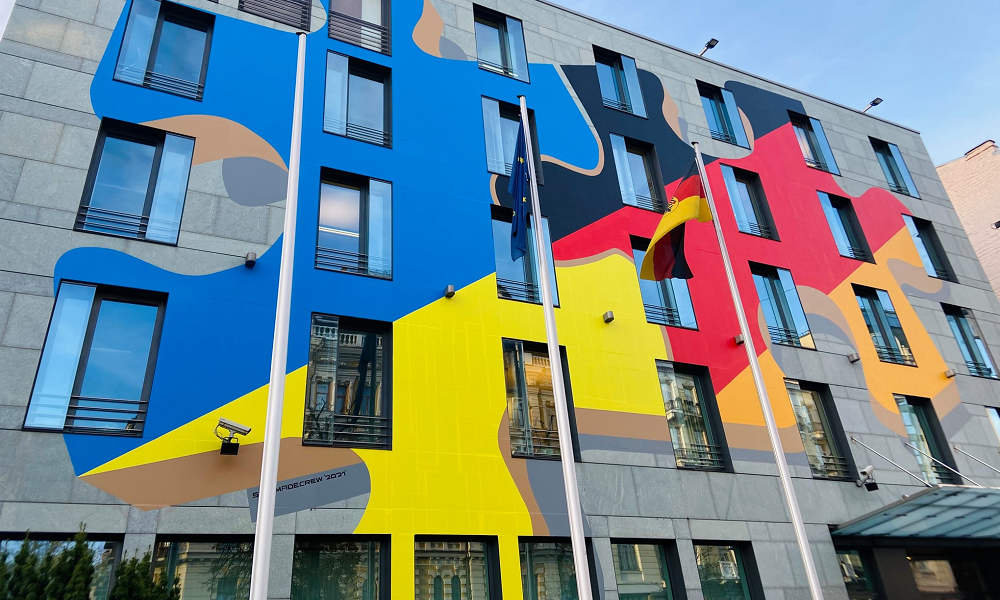 Germany has closed its diplomatic post in eastern Ukraine because a military conflict between Russia and Ukraine cannot be ruled out, the foreign ministry said. German citizens in Ukraine are urged to leave as soon as possible.

“Tensions between Russia and Ukraine have continued to rise in recent days amid the massive presence and movements of Russian military units near Ukraine’s borders,” Germany’s foreign ministry said in a statement on Saturday. “A military conflict cannot be ruled out.”

A travel warning from the ministry urged German citizens in Ukraine to “leave at short notice” if their presence there is not required.

“We will keep our embassy in Kyiv open but will reduce the diplomatic staff deployed there,” Foreign Minister Annalena Baerbock said in a statement, adding that the Consulate General in Dnipro would be closed with immediate effect.

Germany’s Consulate General in Donetsk was relocated to Dnipro when conflict erupted in eastern Ukraine in 2014.

Baerbock said Germany will move staff from the consulate to the city of Lviv in western Ukraine, about 70 kilometers (44 miles) from the border with Poland. Several countries – including the U.S. and the Netherlands – have chosen Lviv as a temporary base for emergency operations.

Earlier on Saturday, the U.S. State Department ordered the departure of most American diplomats from the Embassy in Kyiv, citing the “continued threat of Russian military action.” It said the embassy will be closed and a small team will remain in Lviv to handle emergencies.