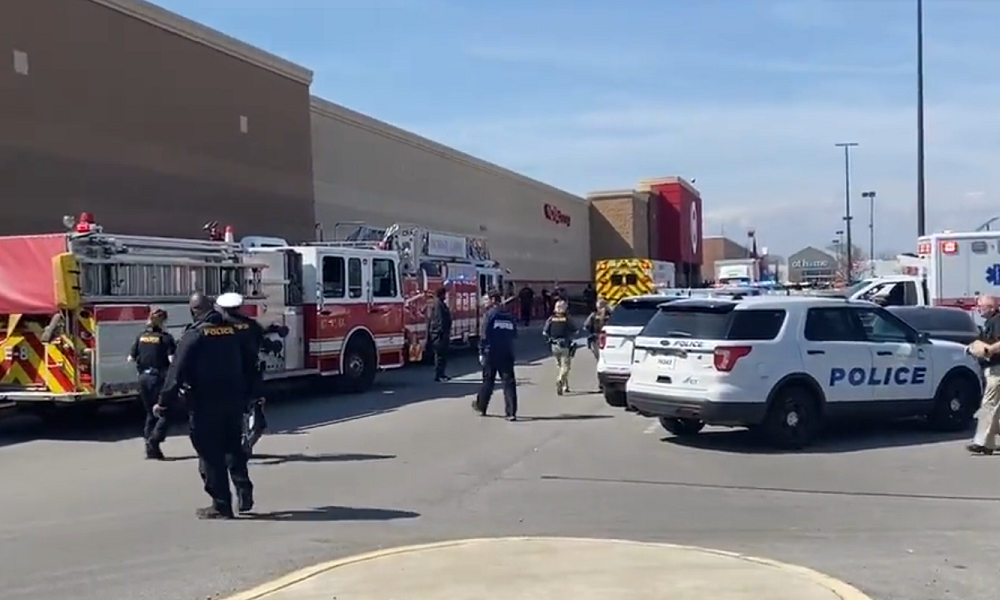 Police are investigating after one person was shot and killed outside a Target store in Cincinnati, local officials and witnesses say. The suspect fled the scene and no arrests were immediately made.

The incident began just after 12:30 p.m. on Thursday when officers were called for an “active shooter” at the Target store on Geier Drive in the Oakley neighborhood. Several witnesses confirmed hearing gunfire.

Officers quickly arrived at the scene and found one male victim who was rushed to an area hospital, where he later succumbed to his injuries. The victim’s identity was not immediately released.

A large number of emergency services, including police officers with rifles and multiple ambulances, responded to the “active shooter” call. Officers searched the store and people were evacuated, but the suspect remains at large.

“The early stages of the investigation reveal the victim was targeted outside the store by the suspect,” Cincinnati Police said in a statement. “This was not a random act of violence. After shooting the victim, the suspect fled the scene in a car.”

Official details about the circumstances of the incident were not immediately released, but several witnesses said they saw an argument involving several people around the time of the shooting.

“I was coming up here, I was on my way to Planet Fitness, and when I came up, the guy was running across the street with a gun, and next thing you know, I heard gunshots fired,” one witness told Local 12.

“While today’s shooting was not ultimately an active shooter situation, that does not diminish the unacceptable fact that there is far too much gun violence in our city and across the country,” Pureval said. “We cannot become numb to this senseless loss of life.”