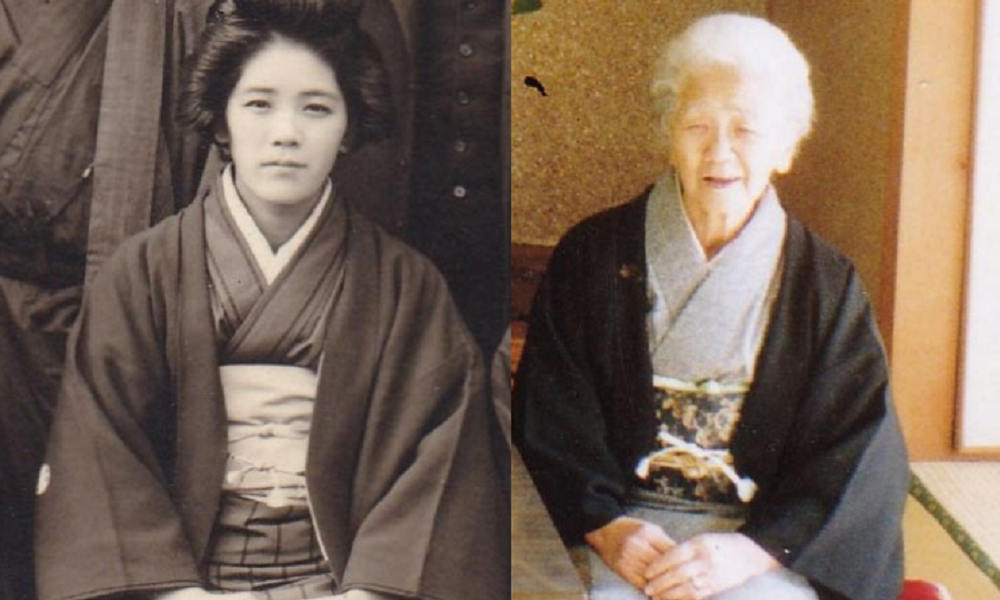 Japanese woman Kane Tanaka, who was born when Emperor Meiji ruled the Japanese Empire and more than a decade before the outbreak of World War I, has died, her family says. She was 119 years old.

Tanaka, who lived at a nursing home in Fukuoka in southwest Japan, passed away on April 19, according to Japanese broadcaster NHK. Her death, at a local hospital, was not announced until Monday.

At the time of her death, Tanaka was 119 years and 107 days old, making her the second-oldest person in recorded human history. Lucile Randon, a 118-year-old woman from France, is now believed to be the world’s oldest living person.

Tanaka was born at a time when Emperor Meiji ruled Japan as the nation rose from an isolationist feudal state to become a world power. Theodore Roosevelt served as president of the U.S. and Edward VII was the King of the United Kingdom. The world’s population was just 1.6 billion.

Tanaka, the seventh of eight children, was born in Fukuoka on January 2, 1903, the year of the Wright Brothers’ first controlled flight of their motor-driven airplane. She married Hideo Tanaka on January 6, 1922, and together they had four children, plus a girl they adopted from her sister.

In March 2019, Tanaka was formally recognized as the world’s oldest living person. In her final years at a nursing home, she enjoyed studying mathematics and playing the Othello board game. She typically woke up at 6 o’clock in the morning and went to bed at around 9 p.m.

The oldest undisputed person to have ever lived was Jeanne Calment who died in France in 1997 at the age of 122 years and 164 days. Other people have claimed to be older but those claims have never been verified with official documentation and other supporting evidence.

Jiroemon Kimura, who died in Japan in June 2013 at the age of 116 years and 54 days, was the world’s oldest verified man in recorded history, according to Guinness World Records. The current oldest living man is believed to be a 112-year-old man from Venezuela.

Related Topics:2022 deathsfeaturedJapanoldest people
Up Next