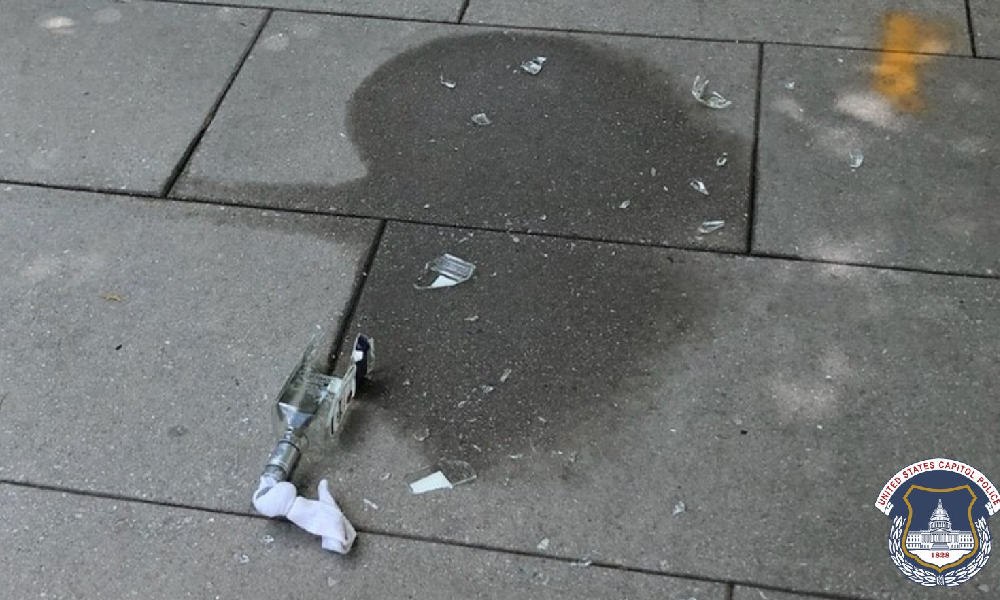 A man was arrested Wednesday afternoon while in possession of Molotov cocktails near the U.S. Capitol in Washington D.C., the U.S. Capitol Police (USCP) said in a statement. There was no immediate indication of a threat to the Capitol or members of Congress.

The incident occurred around 3:30 p.m. on Wednesday when USCP officers arrested a man in possession of two Molotov cocktails on Massachusetts Avenue, near North Capitol Street, and just three blocks from the U.S. Capitol complex.

There was no immediate indication that the incident is related to the Capitol, members of Congress or protests, according to USCP. Other information about the incident were not immediately released.

In April 2021, a man drove a car into a barricade in front of the U.S. Capitol, killing one police officer and injuring another before being shot. It happened just 3 months after supporters of then-President Donald Trump stormed the U.S. Congress, where Joe Biden’s victory in the 2020 presidential election was being certified.

Actor James Caan, of ‘The Godfather,’ dead at 82