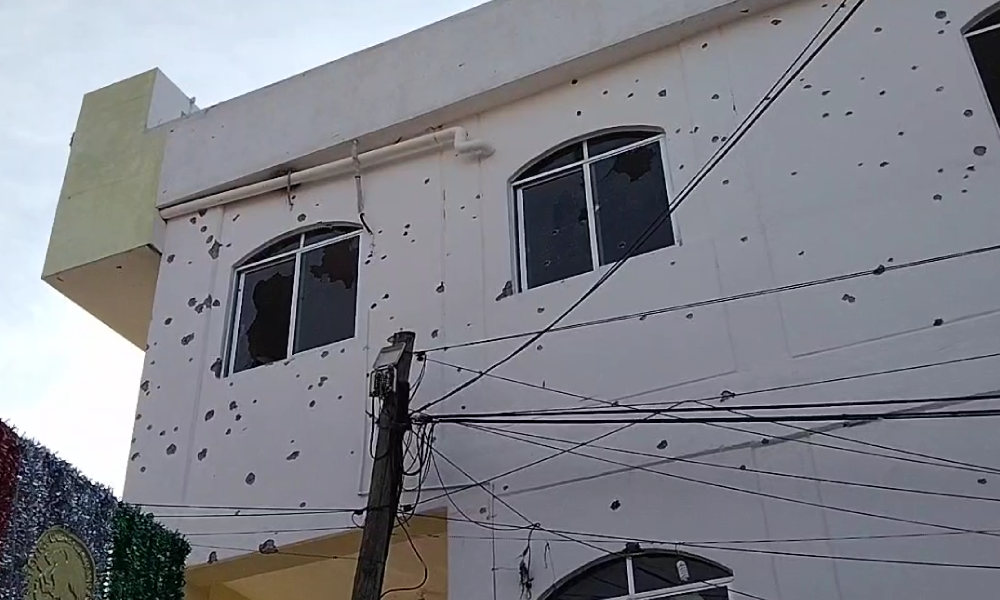 Gunmen linked to organized crime have opened fire at city hall and a nearby home in San Miguel Totolapan in southwest Mexico, killing at least 20 people and injuring several others, local officials say. The mayor is among those killed.

One of the attacks on Wednesday afternoon happened when an armed group opened fire at city hall in San Miguel Totolapan, in the state of Guerrero. Photos from the scene showed outer walls which were riddled with dozens of bullet holes.

Police then responded to a nearby house, where many people were found dead from apparent gunshot wounds. Footage shared on social media showed a bloody scene with at least ten of the victims positioned close to each other in front of the building.

There were conflicting reports about the exact number of victims, but the state’s attorney general’s office confirmed that 18 people were found dead at the second scene. Another official confirmed that, in total, at least 20 people were killed.

Among those killed are Mayor Conrado Mendoza, his father and former Mayor Juan Mendoza and other city officials.

Following the attack, blockades with burning buses and other vehicles were reported in nearby municipalities, according to local media, a tactic commonly associated with organized crime in Mexico.

The criminal group “Los Tequileros” claimed responsibility for Wednesday’s attack in a video shared on social media, although there was no immediate corroboration from local officials.

The PRD political party, to which Conrado Mendoza belonged, confirmed the mayor’s death in a statement shortly after the attack. The statement said the party condemns the attack, calls for justice and a halt to violence and impunity.

The massacre is the third attack which shocked Mexico in recent weeks.

On the night of September 21, a group of gunmen opened fire at a bar in the central Mexican state of Guanajuato, killing 10 people. And just a week later, another attack in northern Mexico killed the police chief of Calera, Zacatecas and five other policemen.

On Sunday, one person was killed and six others were injured when a confrontation occurred between an armed group, soldiers and bodyguards in a commercial area of Zapopan, Jalisco, causing panic among restaurant diners and department store customers.