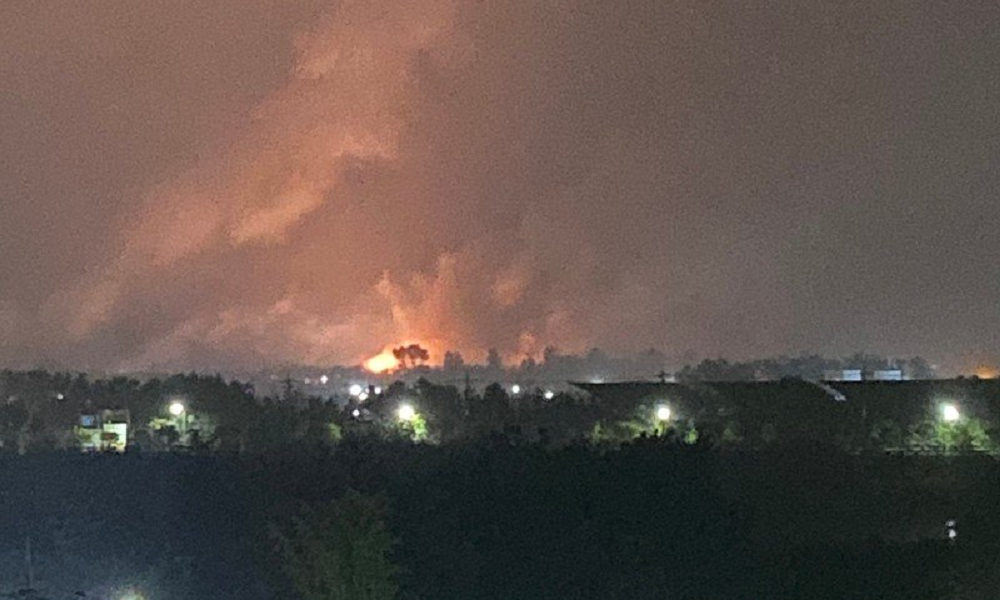 The U.S. and South Korea fired five missiles on Wednesday in a show of force against North Korea, but one of them failed shortly after launch and crashed into a military base, officials say.

Each side fired a pair of U.S.-made ATACMS short-range ballistic missiles into the Sea of Japan, where they hit mock targets to demonstate the allies’ capability to respond to North Korean provocations, South Korea’s military said.

South Korea also tried to fire a South Korean-made Hyunmoo-2 missile from a military base in Gangneung, but the missile failed shortly after launch and crashed into the base, causing a large fire.

There were no reports of casualties.

The show of force came a day after North Korea fired an intermediate-range missile over Japan. It flew about 4,600 kilometers (2,860 miles) – further than any North Korean missile to date – before falling into the Pacific Ocean.

🇰🇷🔥Multiple Explosions & fire has been reported at the 18th fighter wing (Gangneung) in South Korea.

The 18th fighter wing is the closest South Korean airbase to the DMZ. pic.twitter.com/uz2AjLf1sA