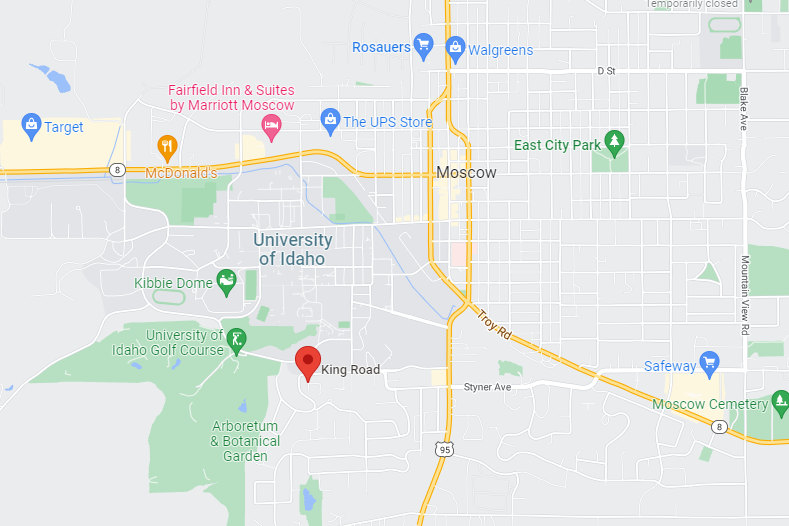 The location of the homicide (Credit: Google)
Advertisment

Four people have died in a homicide on the edge of the University of Idaho, briefly putting the campus on lockdown, local officials say. Only few details have been released.

The incident began at about 11:58 a.m. on Sunday when officers were called for an unconscious individual on King Road in Moscow, a small city which is home to the University of Idaho.

“Upon arrival, officers discovered four individuals who were deceased,” Moscow Police Captain Tyson Berrett said in a brief statement. He provided no information about the cause of their deaths.

“Information will be updated as soon as next of kin is notified and we have information we can share,” Berrett said. “The Moscow Police Department gives our heartfelt condolences to family members, friends and the Moscow community.”

The incident prompted a shelter-in-place for the university campus, which is just across the street from the scene. The order was lifted when it was determined that there was no ongoing threat to the university, although students were advised to “remain vigilant.”