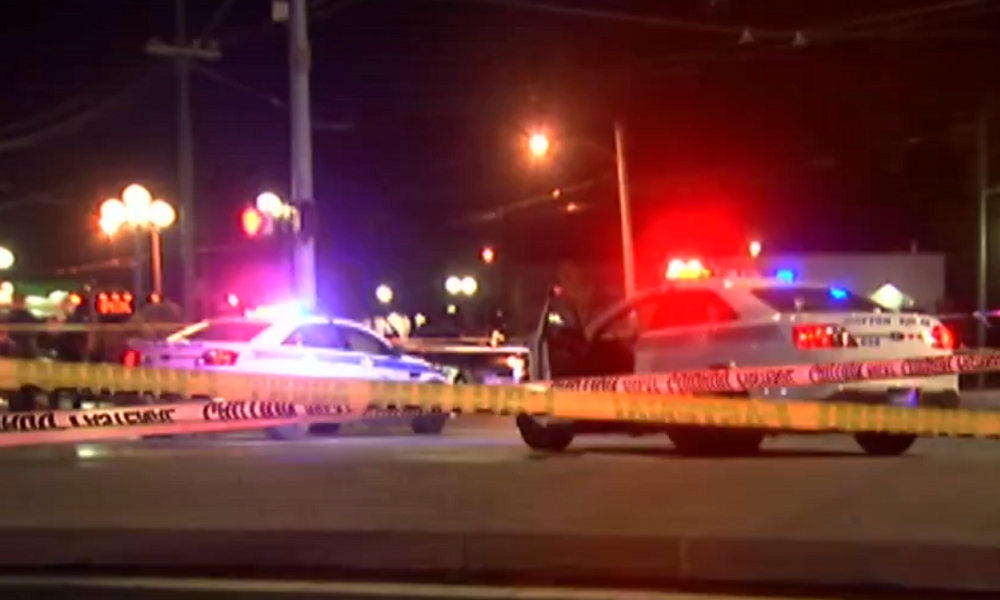 A gunman has opened fire outside a bar in Dayton, Ohio, killing 9 people and injuring nearly 30 others in the second U.S. mass shooting in less than 24 hours, officials say. The gunman was shot dead by police and his motive was not immediately known.

It happened just after 1 a.m. on Sunday when officers were called for an “active shooter” near the Ned Peppers Bar in the city’s Oregon District. Details about the circumstances of the shooting are not yet known, but Mayor Nan Whaley said the shooter was armed with a rifle and was wearing body armor.

A total of 10 people were killed in the shooting, including the suspect, who was shot by nearby police officers in less than a minute, Mayor Whaley said. At least 27 people were taken to area hospitals, where one of them remained in critical condition. Fifteen of the victims were released within hours.

“There was an active shooter in the bar I was in tonight,” said Daniel Williams, a former member of the band The Devil Wears Prada. “I am so incredibly heartbroken for those affected by this. I have never been so scared in my life.”

A motive for the shooting was not immediately known, but it comes less than 24 hours after a white nationalist opened fire at a Walmart in El Paso, Texas, killing 20 people in one of the worst mass shootings in modern U.S. history. It’s unknown if there’s a link between the two shootings.

Law enforcement sources said the suspect in Dayton was identified as 24-year-old Connor Betts from Bellbrook, according to CBS News. Police in Bellbrook, about 11 miles (18 kilometers) southeast of Dayton, confirmed they were searching a home in connection with the shooting.

#BREAKING: Just getting on scene in Oregon District. Dozens of police here. Working to confirm numbers and conditions on those shot. @dayton247now pic.twitter.com/hKtaoLTJpN

Here’s a three-part Facebook video from the scene of a shooting that happened in the Dayton, Ohio Oregon district. Video taken by Dougie Doug. 1/3 pic.twitter.com/zTapEqFWXi

WATCH: Heavy gunfire was heard during the shooting in Dayton, Ohio; reports of many victims pic.twitter.com/EEHUyWihJH