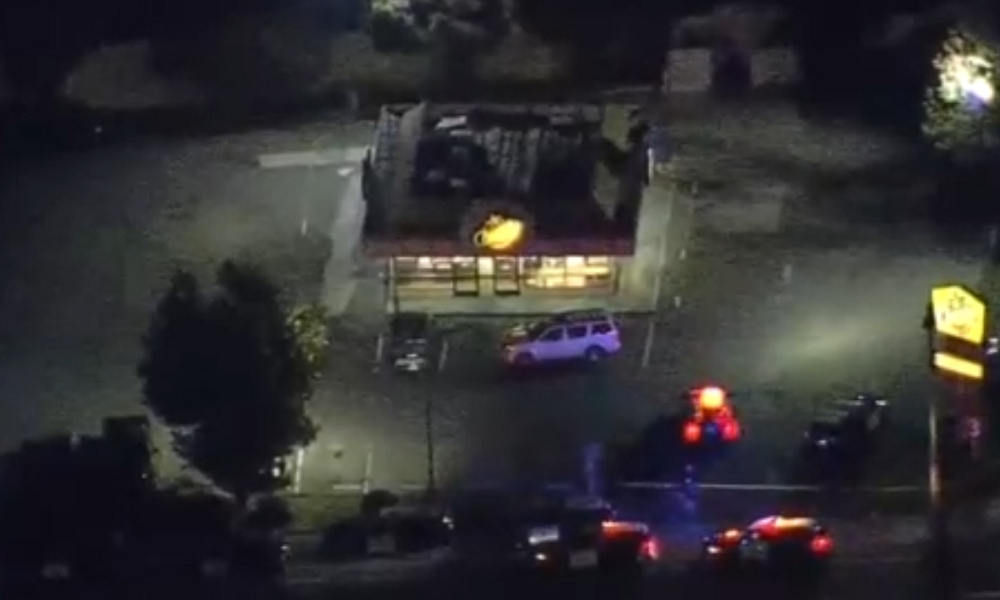 A man walked into a Church’s Chicken restaurant in San Diego on Wednesday and placed an order before opening fire, killing an employee and injuring two others, local officials say. The suspect had tried to pay with counterfeit money.

The incident happened just after 5:30 p.m. on Wednesday when officers received a 911 call about a shooting at the fast food restaurant, which is located on Del Sol Boulevard in Otay Mesa West, a neighborhood in the southern part of San Diego.

“Through witness statements, detectives learned the suspect walked into the restaurant and ordered food. The suspect got into a verbal argument with employees and left the restaurant,” the San Diego Police Department said in a statement. “He returned minutes later armed with a handgun and shot at three employees.”

All three employees were shot and taken to area hospitals, where one of them was pronounced dead, police said. Their identities were not immediately released. A number of customers were also at the restaurant but none of them were injured.

Officer John Buttle told NBC San Diego that the suspect had tried to pay with a counterfeit $100 bill prior to the shooting.

Surveillance footage showed the suspect fleeing the scene in a dark-colored sedan on Picador Boulevard. He’s described as a black male in his 30s, 6 feet 1 inch tall, of thin build, and was last seen wearing a light blue sweatshirt and a blue “Chargers” beanie.

Wednesday’s shooting marks the second murder this week at a fast food restaurant in the U.S. which specializes in fried chicken. A 28-year-old man was stabbed to death on Monday after cutting in line for a chicken sandwich at a Popeyes restaurant in Oxon Hill, Maryland.